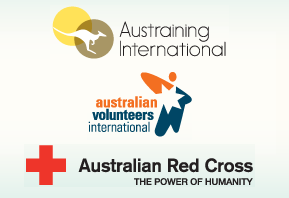 The Australian Volunteers for International Development (AVID) program offers an incredible opportunity for Australians to live in a developing country, to build cross-cultural knowledge and to share skills.

For many, it is a life changing experience. Ask anyone who has taken on a volunteer assignment what is was like and they will usually gush out a string of positive adjectives. It is also a public relations boon for the aid program.

But in the bars and hangouts of the receiving countries, you sometimes hear different stories about volunteering to the ones that you hear back home. It also doesn’t take long moving around in the region and socialising with volunteers to hear stories about assignments that haven’t quite worked out.

I myself was one of the ones whose assignment didn’t quite work – and I know of a number of other volunteers who have left the program early for similar reasons.

Nobody expects volunteering in a developing country to be easy or without challenges. Nobody expects it to be as glossy as the brochures filled with success stories. However, improved design and implementation of AusAID-funded volunteering programs, and enhanced scrutiny, could improve their effectiveness.

The Office of Development Effectiveness (ODE) has a review underway for the volunteer program, which is a welcome step and should provide some interesting insight into its development impact. The Literature Review is already online, which is a helpful primer. If you are unfamiliar with the Australian Volunteers program and its implementation, more details can be found here.

I was in Timor-Leste for the first half of 2012 on an AVID assignment (delivered through Austraining International, one of three partners that implement the program – Austraining manages the largest cohort of the partners involved, sending two thirds of volunteers). The assignment was meant to be 18 months long, however I ended it early after six months – in part because I was offered a consultancy elsewhere, but mostly because I was very frustrated after receiving no support in-country to bridge problems.

I was not being fully used by my host organisation due to unwillingness of one of my counterparts to work with me. Without cooperation with this individual, it was impossible for me to make meaningful progress on the key outcomes for the assignment or to start the ball rolling on any kind of sustainable change, including that lofty goal of capacity building. Upcoming management changes in the host organisation also meant that the following six months would be a transition phase where these problems were unlikely to be addressed.

Despite notification of the problems to Austraining’s in-country office, I received no intervention or advice from them on how to improve the situation. The inflexible nature of the program meant that suggestions I made about volunteering part-time for other NGOs or changing the terms of the assignment were apparently not possible.

(It should be noted that during the period of time I was volunteering, Austraining were searching for a new country manager for Timor-Leste – we had a rotation of temporary managers in place during this time, which likely contributed to my concerns not being addressed.)

Making the decision to leave was very difficult – I loved Timor-Leste and there were many absolutely wonderful people in my organisation. I strongly believed in what they were trying to do and I originally took the volunteer assignment because I wanted to contribute. I felt incredibly guilty for leaving and I feel somewhat awkward about writing this blog post, because despite the frustrations, I was very appreciative of the opportunity to live in Timor-Leste and to work with people who so warmly welcomed me into their country and organisation.

But ultimately, I left early because I felt that I wasn’t able to have a tangible impact. I also felt uncomfortable about being financially supported to volunteer when I didn’t feel like I was actually doing anything because of roadblocks.

I’m not by any means implying that the majority of assignments don’t work out. I met many amazing AVIDs during my time living in Timor-Leste and Indonesia who were delivering strong outcomes for their host organisations, despite facing huge challenges and limited resources. Recruitment for the volunteer program is very competitive and all of the volunteers I have met have been skilled and motivated individuals. From what I have seen, the majority of assignments generate some positive impact.

But some assignments don’t work out — and when they aren’t working out, there needs to be adequate support for the volunteer and the host organisation. If steps aren’t taken to harness the enthusiasm and energy of a volunteer in-country before it fizzles out in the face of problems, people may just stick out the assignment without having any real development impact or prematurely end up on a plane back home.

Based on my experience, as well as informal conversations with other volunteers, there are a number of areas where the program could make improvements.

During our pre-departure training, we were encouraged to ‘tear up our assignment descriptions’ when we arrived at our organisations. But what do you if you have no objectives or goals? It’s a hard place to start from in organisations that can be very nebulous to begin with. The program’s implementing partners should be meeting with the volunteer and host organisation regularly in the first few months to make sure the assignment and volunteer’s skills are matching up with the organisation’s needs and that all counterparts to the assignment are engaged and willing to participate.

In my host organisation, there was still a lot of confusion about what a volunteer actually was. Some people thought I was an intern. Others thought I was a new manager. Some thought I worked for the Australian Government and could get them an Australian Development Scholarship. Some thought I was volunteering because I couldn’t find a ‘real job’ in Australia. In some organisations volunteers are expected to run projects while in others they are treated as little more than a work experience kid. It is very difficult to effect change or to transfer skills if people don’t understand your role or want your support. Setting up clearer expectations from the beginning would help facilitate improved outcomes.

Clarity about the goals of the volunteer program

The volunteer program is extremely diverse. For example, the experience of volunteers in international NGOs, multilaterals and UN agencies will be vastly different from those in grassroots or national NGOs. Some AYADs even refer to themselves as interns at their organisations, raising the question of whether an internship should really be funded by the aid program.

There also seemed to be a subtle undertone that it was better to stick out your assignment than to go home early, even if you weren’t having an impact. The ‘Australia’s interests’ and PR aspects of the program at times seemed to be a bigger focus than capacity building or development outcomes.

Handling and responding to feedback effectively

It is very difficult for returned volunteers to critique the volunteer program. For starters, when you mention you volunteered abroad, people very wrongly start to treat you as if you were some kind of martyr – it’s very awkward to complain when you feel you probably got more out of the experience than the host organisation and when ‘volunteering’ actually meant living on a reasonable allowance and getting a pretty incredible personal experience out of the deal.

It’s also very hard to untangle your positive feelings about being overseas and the potential career benefits (these assignments do look great on CVs) from an assessment of the actual development impact of your assignment.

The volunteer program has reporting in place where you can voice concerns privately. But sometimes these reports are so private that it feels like nobody actually reads them. I was never contacted about any of the things I flagged in the reports I wrote and I strongly suspect they weren’t read.

When a volunteer makes complaints or leaves early, the attitude seems to be that the volunteer couldn’t hack it or wasn’t suited to the task – even if this is the case, this shouldn’t impact on whether their feedback is taken seriously or not.

As I mentioned, my volunteer assignment was delivered through Austraining International, which manages the largest cohort of Australian Volunteers, including the Youth Ambassadors. Australian Volunteers International (AVI) or Red Cross Volunteers tend to be part of smaller cohorts. From what I saw in Timor-Leste, and what I have heard anecdotally from others, the in-country managers (ICMs) for AVI and Red Cross have to manage far fewer volunteers than those from Austraining, meaning they have more time to provide support. Managing international volunteers is a stressful job where you are always on the clock, particularly in a difficult environment like Timor-Leste. The ratio of volunteers to ICMs needs to be at a level where there can be adequate support, guidance and communication — and where the churn of ICMs due to burnout is also minimised. This is especially relevant if the ICMs are responsible for other programs too.

The volunteer program represents many opportunities. Even though I was disappointed by the problems in my assignment and felt unsupported, I still have many positive memories of my time in Timor-Leste and an increased understanding of the country and its people, as well as the aid sector. I also have a lot of admiration for many of my fellow volunteers who really did have an impact. I’ve put forward these suggestions for the program in the spirit of improvement. I’d be interested to hear feedback from other volunteers, host organisations and stakeholders on their impressions of the program.

Austraining was given the opportunity to provide a response to this blog before publication:

“Austraining is pleased that the majority of Australian Volunteers we support on assignment have positive experiences and feel well supported during their time overseas. This is highlighted in a recent survey of returned volunteers commissioned by AusAID and several program reviews conducted in recent years. The Australian Government Volunteer Program Review in 2010 and AYAD Program review in 2012 revealed many examples of positive capacity building outcomes achieved by Australian Volunteers.

Austraining appreciates feedback from all program participants and we strive to learn from this input to continuously improve the program and ensure our in-country managements are appropriately resourced, trained and supported. We experienced an unusually high turnover of staff in our Timor Leste office in 2012 and recognise this may have inhibited development of ongoing relationships with volunteers and may have resulted in some volunteers feeling they did not have access to the level of support they required to resolve challenges with their assignments. Austraining is committed to ensuring that volunteers receive exceptional pastoral and assignment-related support in line with AVID program shared standards.”

Ashlee Betteridge is a Research Officer for the Development Policy Centre. She participated in the Australian Volunteers for International Development Program in 2012 in Timor-Leste.