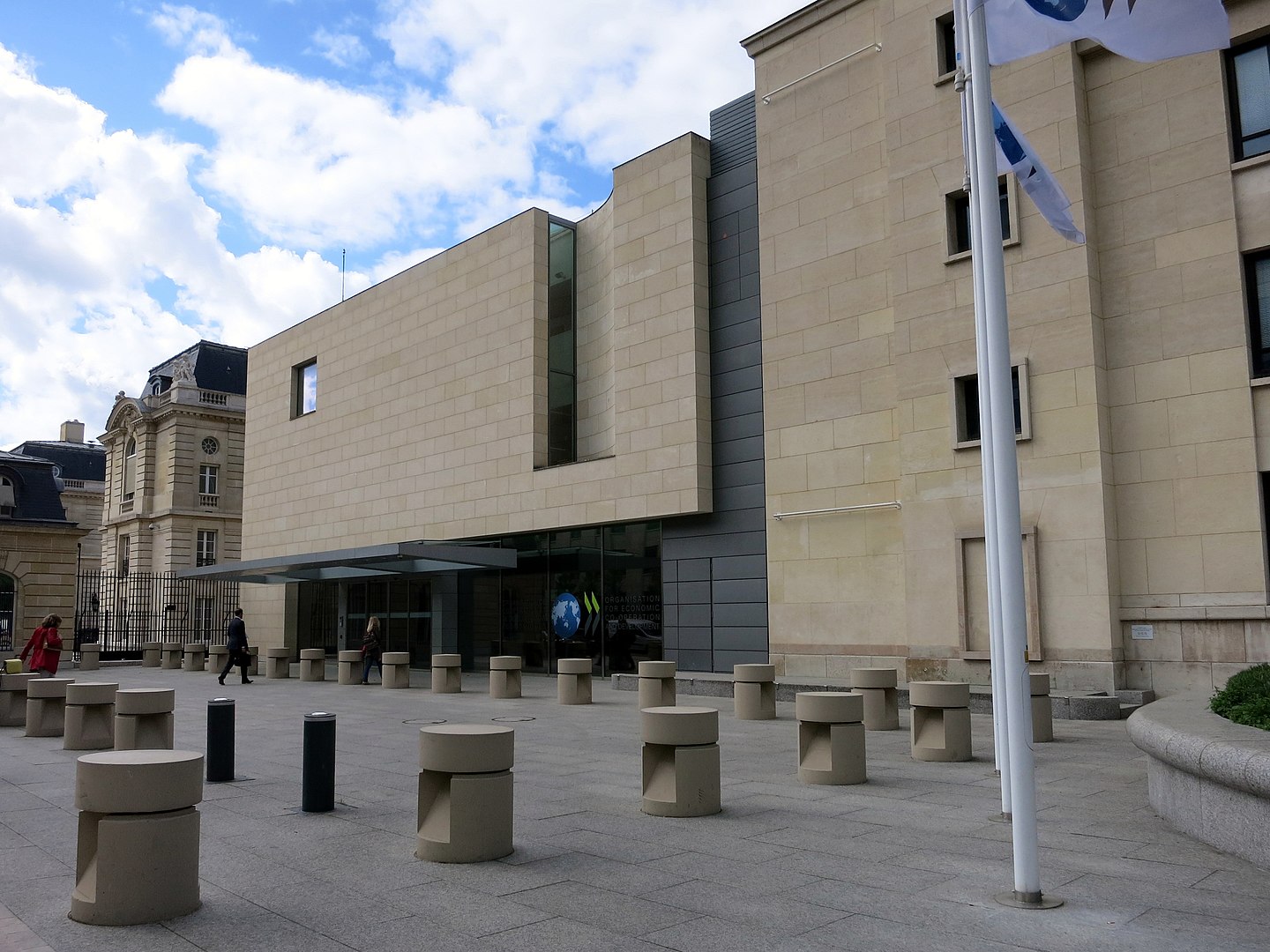 The main entrance to the OECD Conference Centre in Paris