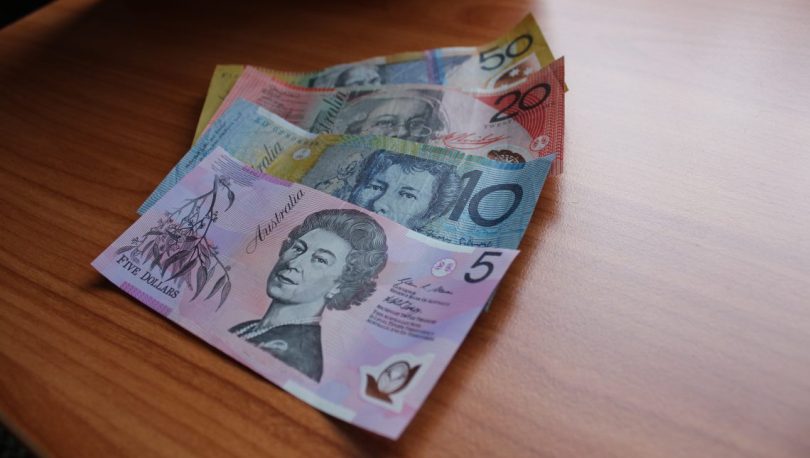 Australia has, for the second year in a row, provided a budget support loan to Papua New Guinea.

Australia has provided loans to PNG before at times of crisis, for example, at the turn of the century. But the immediate antecedent for the 2020 loan was the previous year’s one, of $418 million made by Export Finance Australia (EFA).

The 2019 loan to the PNG government was by far EFA’s largest for the year, in fact accounting for 31% of their transactions last year by value. Apparently, EFA was used as the conduit for last year’s loan because the loan was needed in a hurry, and the agency was a convenient channel. EFA, which is required to justify its lending in terms of improvement to Australian exports, describes the loan as in support of the Australian export industry of “public administration and safety” – a categorisation that can only be described as farcical. There has unfortunately been a lack of transparency around the EFA loan’s terms and conditions, though recently in response to questions from Shadow Foreign Minister Senator Penny Wong, more details have been released. The loan was only for a year, and the interest rate was LIBOR plus 0.5% (see p.9-42).

Australia has now refinanced the EFA loan through a government loan, and at the same time provided an additional $140 million. The 2020-21 MYEFO informs us that the new loan “has a 15-year term with an interest rate set at the 10-year Australian Government bond rate [less than 1%] plus 0.5%.”

This new loan, because it is on the Australian budget, is subject to the 1947 International Monetary Agreements Act, which applies when Australia provides assistance as part of an International Monetary Fund (IMF) program, and requires that we co-finance alongside at least one other donor. In this case, PNG agreed to an IMF program in February 2020, and New Zealand and Japan are also providing support. The IMF program is a “staff monitored” one, meaning that it comes with conditions, and technical assistance, but no funding.

The national interest statement says that “PNG’s reforms include fiscal consolidation, expansion of revenues, containing operating expenditure and reform of State-Owned Enterprises.” The 31 conditions that make up the IMF program can be found in this document, starting on p. 36.

The International Monetary Agreements Act requires that any loan made under its auspices be accompanied by a national interest statement, which has now been published on the Australian Treasury website. There is then to be an inquiry by the Joint Standing Committee on Foreign Affairs, Defence and Trade.

The combined total of the two loans of $558 million is large by historical standards. The two loans Australia provided to PNG in the 2000 crisis were together worth $110 million, or about $180 million adjusting for inflation.

A large volume of lending can certainly be justified on the basis of need. The Australian government is spending one-third more than it did before the pandemic. In 2020, PNG, hit hard by revenue shortfalls and with limited borrowing options, is actually planning to spend 4% less. Australia is borrowing about an additional 10% of GDP to finance its extra spending. All PNG can find, even including Australia’s loan, is another 2% of GDP in additional borrowing. And borrowing is so much cheaper in Australia: PNG has to pay 12% on ten-year domestic bonds; Australia 0.8%. Sharing some of the benefits of our much cheaper borrowing regime with PNG – at no cost, indeed with expected slight benefit to Australia – makes a lot of sense.

The timing is also fortunate in that the PNG Prime Minister and Treasurer, in place since May and August 2019 respectively, are much more committed than their predecessors to principles of fiscal transparency, and indeed to the pursuit of economic reform more generally.

That said, it won’t be easy. PNG is unfortunately renowned for making commitments and then not sticking to them. It promised the World Bank at the end of 2017 that it would keep the government salary bill flat in nominal terms over the next two years, and then missed that target by some 25%.

The difficulties of reform in PNG are also illustrated by recent developments in the state-owned enterprise (SOE) sector, reforms which are currently being supported by – and rewarded with funding from –  the Asian Development Bank. In October 2019, Peter Graham, the respected managing director and chair of the state-owned mining company Kumul Minerals Holding Limited (KMHL), resigned, protesting along the way the Prime Minister’s decision to remove his fellow board members and replace them by a new set with “negligible industry experience”. Graham said that both the “appointment process and the qualifications of the directors” were not in compliance with the company’s enabling legislation, the Kumul Minerals Authorisation Act. (See all the details here, on the investigative PNGi website.)

The reformist SOE Minister Sasindran Muthuvel was one of a number of ministers who quit in December to join the opposition. Muthuvel returned to government when the opposition’s vote of no confidence collapsed, but was not given back the SOE ministry, which went instead to the multiple–scandal–accused William Duma – a big backward step for reform.

In short, PNG is not an easy place in which to improve governance, and loans for one or two years are unlikely to achieve much. What will happen next year? PNG’s fiscal crisis won’t have disappeared by then. Nor will its policy and governance problems.

We can borrow amply and cheaply. Our neighbours can do neither. Especially considering the economic damage wrought by COVID-19, Australia should be prepared to enter into multi-year programs of financial support to both Papua New Guinea and Fiji, the two Pacific countries who can absorb non-concessional funding.

PNG, for its part, needs to show its ability to deliver on promised reforms.