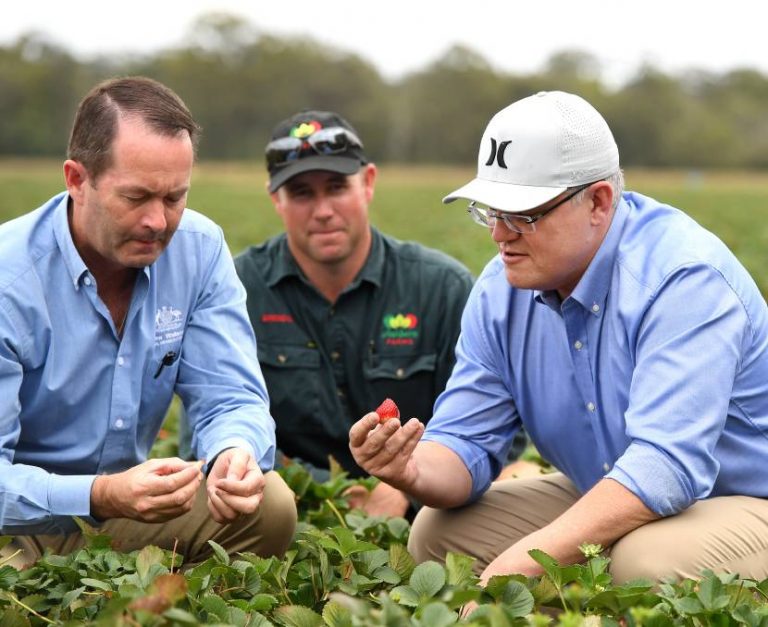 For several months, the Nationals and National Farmers’ Federation have been calling for an agricultural visa to ease labour shortages. On November 5, Prime Minister Scott Morrison effectively delivered it to them through fundamental reforms to the backpacker visa.

Here is how farmers and labour hire companies can now use the backpacker visa as an agricultural visa. Fly to or find an agent in, say, Taiwan and announce that a visa is now available that will enable full-time work on Australian farms for three years. Emphasise that Australia’s minimum wage is about three times that of Taiwan. Those who are interested then arrange for a visa and get themselves to Australia at their own risk and expense.

In some ways this is more than the National Farmers’ Federation was asking for: no cap; no need to go home after a year, and then return; and no accreditation requirements for farmers. There are perhaps three limitations. First, the worker has to find a different employer every year, and can work a maximum of three years. Second, once the worker has completed the work required for a visa extension (three months in the first year to get a second year, and six months in the second year to get a third year), they don’t have to work on a farm. And, third, there is an age limit of 30, though this is being increased to 35.

None of these requirements is likely to prevent extensive use of the modified backpacker visa as an agricultural visa. A year is a long time to find a second or third job. And employers will seek workers who actually want to work on Australian farms, including workers with a rural background who have little English. There will soon be a pool of experienced agricultural labourers, foreign but already resident in Australia, seeking farm work.

In the past, the incentive of employers to go overseas to recruit backpackers was limited by the fact that the employer could only retain a worker for six months. Now they can engage them for 12. That’s double the incentive to go looking abroad for low-skilled workers. Moreover, if recruiters cooperate, they can do even better. A new harvest trail might be developed, making it easy for workers to move between employers: one a year for three years, until their time is up.

How many more workers for Australia’s farms will these reforms generate? It’s hard to say but we can guess. First, more backpackers will come to Australia. The age range for the visa is being increased from 18-30 to 18-35. And the attractiveness of the visa has been improved as well, with the potential now to have not just two years in Australia but three. Let’s take a conservative stab that as a result the total number of backpackers increases by 20%.

About one-fifth of backpackers (about 35,000) currently qualify for a second-year visa by working on a farm. Let’s say, again conservatively, that that ratio is unchanged, though in fact it could increase. How many of the second-year backpackers will seek work for a third year? Perhaps one-third? (It could well be more, with some workers keen to get the third year extension, and an increasing number not minding farm work.) Assuming there are enough jobs to go round, the number of backpacker years on Australian farms worked to obtain visa extensions will double from about 8,750 currently to 17,500. And note this is an underestimate of the increase in backpacker farm work years, as it ignores the fact that backpackers will increasingly come to Australia to work on farms not just to obtain the visa extensions, but for a three-year, highly remunerative work stint. In other words, a smaller proportion will work the minimum three months, and a larger proportion the maximum, now 36 months.

Where will employers go looking for agricultural backpackers? Taiwan may in fact be their first port of call. Taiwan has the highest ratio of any of the major backpacker sending countries of second-year to first-year workers, about one-third. The total number of Taiwanese backpackers has fallen off in recent years perhaps because of reports of exploitation. But if reputable Australian employers go to Taiwan, explain the government reforms, and assure workers they will be paid their entitlements, expect numbers from Taiwan to surge from their current (second-year) levels of 7,000.

After Taiwan, other attractive countries include Korea, UK and Italy, who all have second-year conversion rates of about 18%, and a total of some 14,000 second-year visas between them.

The advantage of these countries is that they all have access to the very liberal 417 backpacker visa. 417 visas are uncapped, and have no host government approval requirements. You’ve just got to have access to about $5,000 to show you can survive in Australia without a job, plus a return ticket, a health check, and perhaps a police check. Korea, Taiwan and Hong Kong will be particularly attractive hunting grounds for Australian employers because they are full of potential workers with poor English, and so little likelihood of getting a job outside of agriculture. And they all have minimum wages far below those in Australia.

Other attractive countries could be Indonesia and China. These countries have access only to the more restrictive 462 backpacker visa, but, as part of the reforms announced on Monday, the government has promised to increase 462 national caps. Already last year over 1,000 Chinese took a second-year visa, out of 5,000 Chinese backpackers. (China has currently maxed out its cap.)

The first co-option of the backpacker visa by the agricultural sector occurred in 2005, when the second-year extension was announced as a reward for three months of farm work, and the single-employer limit was increased from three months to six. The number of backpackers claiming the extension rose to 40,000 within a decade, before stabilising currently at around 35,000. In the words of one labour hire manager, speaking in 2012, those reforms “pretty much rectified the issue of labour shortages in horticulture.” Expect these reforms to have a similarly powerful effect.

Will there be jobs for a increased volume of backpackers? That remains to be seen, but certainly there will be a lot more competition from backpackers with other sources of labour, whether Australian or Pacific.

In my next post, I will examine the implications of the backpacker reforms and the de facto introduction of an agricultural visa for the Seasonal Worker Programme.

Note: For clarity, what is informally called the backpacker visa is formally the Working Holiday Maker visa program, which consists of two visas, the Working Holiday (417) visa and the Work and Holiday (462) visa. The former is for developed economies (including Korea, Taiwan and Hong Kong) and is uncapped. The latter is for developing economies and is capped (except, confusingly, that the US is in the 462 group and is uncapped) and (again apart from the US) more onerous prerequisites (such as government approval). 85% of backpackers have 417 visas. The three-month visa extension rule introduced in 2005 can be given for some non-agricultural work (e.g. mining), but nearly all extensions are on account of agricultural work. (The 462 visa has more non-agricultural options, but only in Northern Australia.) The new, second (third-year) visa extension will be given only for agricultural work.

Note: The claim that a backpacker would have to work for a second farmer in their second year is wrong. They can continue to work for the same farmer. See this subsequent blog for clarification.