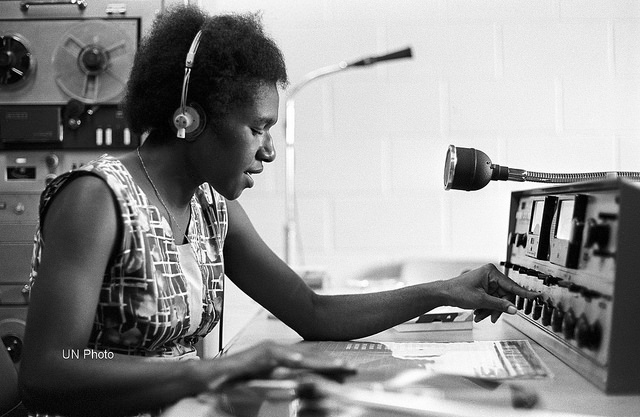 In the first and second of these posts on aid communications, we looked at what has changed since the integration of AusAID into DFAT, and took a qualitative and quantitative look at some of these shifts.

In this final post, we’ll look at what other large aid agencies are doing to communicate their work, and point out some areas where DFAT’s communications could be quite easily improved.

How others do it

Communications from other countries’ aid agencies provide strong examples of how DFAT could improve its efforts. For example, when it comes to story-based content, it is easy to find good examples of explainer and case study content on the DFID homepage (which has many stories about DFID’s work). For example, this story illustrates a complicated concept – anticorruption programming – through case studies that can be clearly understood. DFID also blogs about its work, writes ‘NGO-style’ stories about how aid helps change the lives of recipients, and has a YouTube account with content that ranges from videos with pop music over the top of their Minister speaking about the SDGs, to real stories from recipients.

Among other initiatives, such as region-specific YouTube accounts, USAID has a print and online magazine with long-read features about its work and a monthly newsletter – its front page also showcases stories about aid successes.

Even other aid agencies that have been integrated into foreign affairs departments are making stronger efforts.

In New Zealand, where its aid agency was integrated into the Ministry for Foreign Affairs and Trade (MFAT) in 2009, the aid landing page is full of photographs and news stories, and in addition to institutional social media accounts, it promotes those of some of its individual aid staffers.

The social media accounts of Canada’s formerly independent aid agency weren’t deleted, but have continued as channels dedicated to development news. Its aid website has a ‘results and stories’ section in a prominent position, which includes ‘stories from the field’.

A publication compiled by members of the OECD Development Assistance Committee’s DevCom network in 2014 titled Good Practices in Development Communication provides many other examples – including highlighting some of the former AusAID’s work.

There’s lots of other good examples and inspiration out there, not only from aid agencies, but also from NGOs and multilaterals.

How to do more

Now that the dust has settled from the aid program’s 2013 integration, and the re-election of the Coalition government in July 2016 means there will likely be no major shake-ups to the aid program over the next three years, it would be an opportune time to strengthen communications within an aid program that is increasingly unlikely to be ‘un-integrated’.

There are a number of straightforward and practical changes that could be made to better communicate with the Australian public about aid.

It should not be too difficult for DFAT to at least return to the level of communication that was achieved by the late AusAID, and it is one area where that aid and diplomacy union that was sought from the AusAID-DFAT merger is a particularly mutually beneficial fit. But the goal should be to not just restore communications, but to do even better. If political decision-makers on all sides really support aid as much as they purport to, they should be proud of the aid program’s achievements, and they should want the public to be better informed about them.