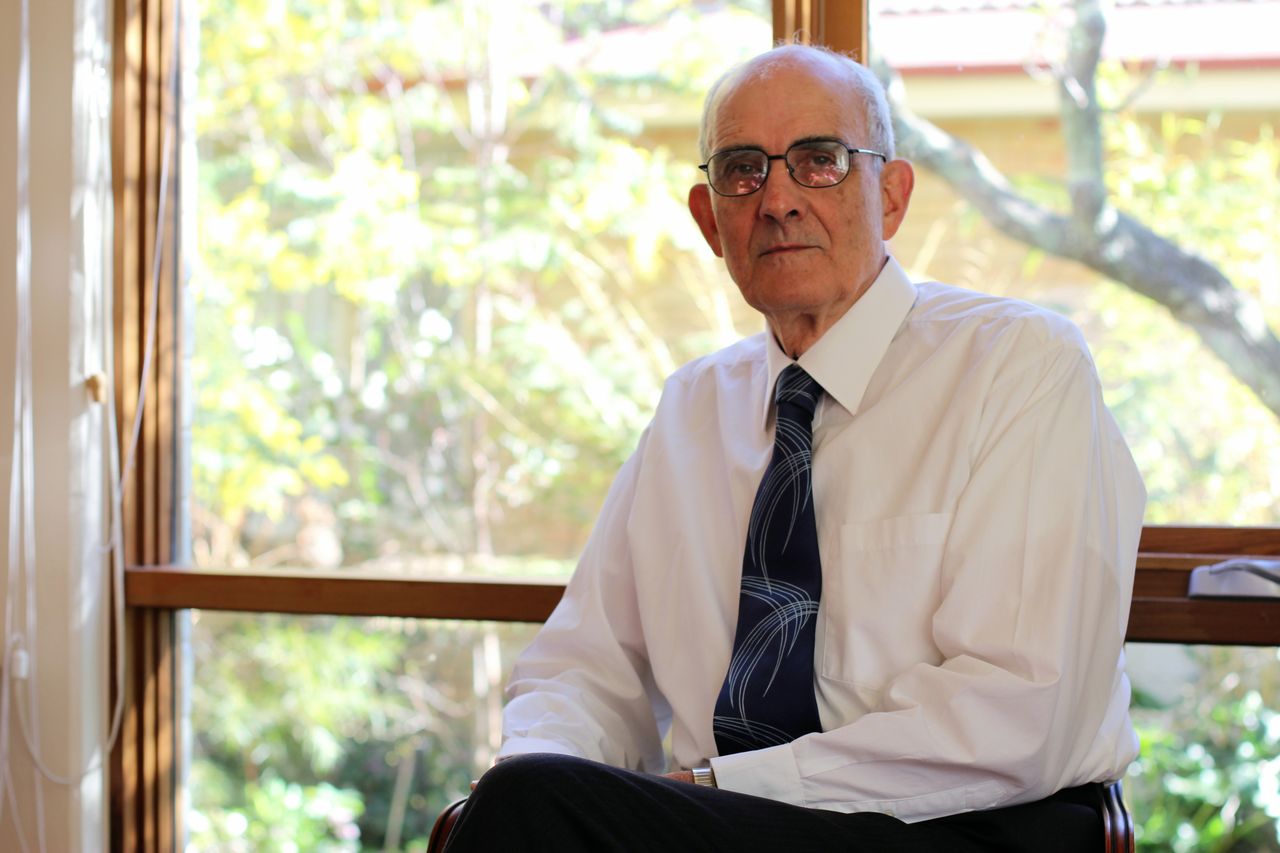 Greg Taylor AO has held a variety of senior positions in both Australia and PNG. He has at various times served as Executive Director of the IMF for both Australia and PNG, Secretary of various Australian Government Departments, Chairman of the PNG Superannuation Task Force and a Director of PNG’s largest superannuation fund. As described in part 1 of this interview, his involvement with PNG stretches back to the late 1990s.

Stephen: You mentioned the privatization of what is now BSP. What are your views on broader financial sector reform in PNG?

Greg: The program that was written with the IMF during the Morauta Government period involved a complete overhaul of the finance sector. The most important single piece of legislation was a new Central Bank Act, which established the Governor as independent. Of course, you can write legislation like that. But you then have to have a Governor with the strength to actually be independent. And the first Governor did do that. It was a notable success. It’s a very difficult line to walk, especially in a small country, but it worked. The Central Bank was of course supportive of government, but it just made its own decisions and to a large extent – perhaps you could fault it on a few occasions – but to a large extent it called the shots, the way it should.

The automatic access that the government had had and lent on for quick accommodation was closed. There was a ceiling put on that, it was exceeded. The Governor then embarked on the difficult course of getting it back down under the ceiling – not easy to do, but it worked.

Most of the rest of the important legislation was also overhauled. As a result, the financial sector in the last ten years has been very stable and efficient. And it’s not been prone to the crisis that has swept North America and Europe. In fact, that has virtually passed PNG by. The three main trading banks – two are foreign owned and one domestically owned – have been well managed, including the domestic bank, very well managed.

You can’t have a successful economy without a sound finance sector and they’ve got that. I mean, you could set out to mess that up, but so far it’s a story of an enduring reform, on which you can then begin to build a modern economy.

Stephen: It’s ironic that PNG had this experience with financial sector reform and privatization that was so successful, but that has somehow ground to a halt.

Similarly, owning your own energy company is pretty crazy if you have other arrangements that would halve the price of energy. Through the hotel I’m involved with though the Super Fund, we can actually benchmark the costs of things in our hotel with like hotels in other countries. It’s some time since I looked at those figures, but when I looked at them, PNG was one of the two most expensive countries for energy, and yet it’s an energy exporter. It doesn’t make sense. So there is something completely dysfunctional that needs to be sorted out by the government. I don’t think there’s any intention to do so. But focusing on that kind of thing would change the environment and all sorts of activity would become profitable, which they aren’t at the moment.

Stephen: You’ve had a close involvement with the PNG economy stretching back to 1997. As you said, the economy then was pretty much in the doldrums. Now the economy is booming. What’s your take on the general direction PNG is going in? Are you an optimist about the future for PNG?

Greg: Yes. You can be a glass-half-full or a glass-half-empty person, and I think there’s a strong case for both actually. It’s probably best to start by saying what the problems are, because there are definitely problems. Some of them are nearly intractable, and I would – as many other people would – put crime and corruption first. PNG, of course, is not unique in that. It was an issue in the generational change in China that was identified as a major problem that China faces. It was a major issue in the recent Malaysian election campaign.

I think Prime Minister O’Neill has referred to it. It’s one thing to identify it, it’s another thing altogether to do something about it. But I actually saw this yesterday in an email: Westpac spends 4% of revenue to secure its assets in PNG. It’s a huge drag. It drives a wedge between borrowing rates and lending rates. 4% – it’s an enormous burden. There is a People Risk Index, which measures the risk that organizations face with recruitment, employment and relocation in 138 cities worldwide. Port Moresby is one of the top ten.

So it’s a very serious issue. Both crime in the streets, and corruption. And in addition to it being a cost of business, PNG will never have a tourist industry unless it can get on top of it. If it did get on top of it, it’d bypass the rest of the Pacific as a tourist destination. And of course, the biggest effect is the impact it has on the local people. It’s just terrible for them. So that’s the first thing.

Although there have probably been improvements, I think that the public sector is still non-performing. And it’s also unambitious. I could see what the Treasury in PNG sought to do, compared with what the Australian Treasury seeks to do. Here, Treasury looks at the entire economy and accepts responsibility for the entire economy. So if there’s an industrial relations problem or an inflation problem or if there are regulatory problems, that’s on Treasury’s plate as well as someone else’s. But in PNG, they just look at the things they have to do and nothing else, and it’s understandable because they are so hard-pressed. But you really need to have not just a basically competent, but also an ambitious public sector to do the things that should be done through the public sector, and to do them well.

The country needs an employment policy I think. Not creating jobs, but improving the environment within which jobs can be created. So obviously, crime and corruption are directly relevant there. But getting infrastructure sorted out where it’s most needed is also important. And of course there’s the regulatory system. They tried so hard to fix visas and work permits, but it’s still a problem.

There is a tremendous need to overhaul the orientation of the broad education system. There was a missed opportunity in the gas project. It was a time to train far more local people rather than bringing people in; a tremendous opportunity. It was only very, very partially realized that the training system is probably more important than the university system in a sense. It shouldn’t be the poor relation. It’s where the great opportunities are for solid income. And there is a huge shortage of labor on construction processes, even as the LNG construction is winding down. We are still finding it hard to get workers and supervisors; it’s practically impossible to get them.

Stephen: That’s a long list of problems. But you said there was also a glass-half-full perspective.

Greg: If I look back ten or 15 years, the whole place is so unlike it was. In addition to the financial sector stability, we’ve got political stability where it never existed before. It’s always fragile, of course, but probably no more fragile there than here. Weak growth or no growth has been replaced by strong growth, and although there’s a debate now about whether there will be a fall-back when the gas project winds down and construction phase finishes, I myself think that there are so many other activities now that are feeding into the economy, even apart from the possibility of other large projects coming in.

I just think that there’s a momentum there now that could be stopped, but I don’t think it will stop on its own. So I think that’s a reason for looking at the glass as half full. The key infrastructure issue now is the strangulation of the ports. If they can get that sorted out, growth will be able to continue.

For the first time, I think the country has got options. There are various sources of funds. There are various models. They can choose. As long as they choose wisely, I see very good reason to think that the constraints on growth will be eased, and it should continue so that employment opportunities will continue to grow.

Stephen: Are there enough Australians working in PNG?

Greg: Let’s be frank. The older people in PNG will say privately “I got a proper education because we had Australian teachers who aren’t there now.” And they worked to standards that were better than they are now. I think that you leave different levels of education about two years behind what you would in places like Singapore or Australia.

Why? You wouldn’t like Americans or Chinese coming in and telling you how to do your work. It’s just human nature. So it’s a delicate issue and a fine line, and I think we’ve got to be pretty discriminating about it. And we’ve got to try to get – and I’m not sure how to do this – but we’ve got to try to get a common understanding. Why there’s still a need for significant input of human capital from outside, and the terms on which it comes in.

This is the second in a two-part interview. Part 1 mainly relates to  superannuation reform in PNG. The Greg Taylor scholarship has recently been established with funding from an anonymous donor to provide opportunities for emerging PNG and Pacific scholars to undertake research at the Development Policy Centre in relation to the economic development of PNG and the Pacific.