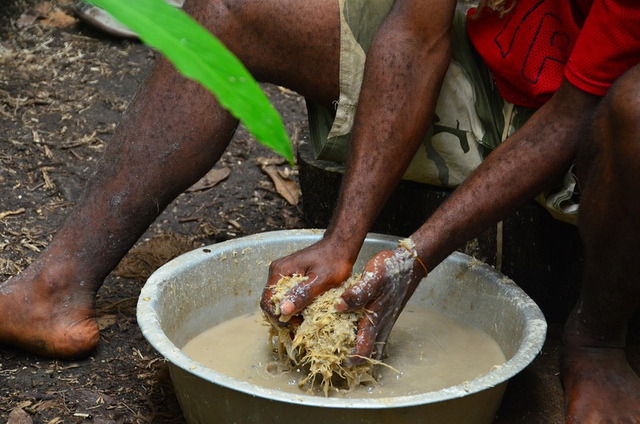 There are a number of countries that will hold general elections this year and it all gets off to a very early start with a snap general election in Vanuatu on January 22. This follows a prolonged period of extreme (even by Vanuatu standards) political uncertainty, culminating in the dissolution of Parliament by the President late last year. These elections will be different from previous elections for a number of reasons. One is their timing; January is not a usual time of year for elections in Vanuatu and there are concerns that this may lead to a lower than usual voter turnout. Another is that a significant number of key players (including leaders of parties and previous ministers) are ineligible to stand by virtue of them having been convicted and sentenced for bribery during 2014, and subsequently barred from standing for office for a period of 10 years. The electoral office will declare the official number of candidates on January 5 with the expectation that it will be in excess of 300 (to contest 52 parliamentary seats). Whether the 2016 elections prove to be a ‘critical juncture’ for politics and governance in Vanuatu remains to be seen.

The people of Nauru will also go to the polls this year, with elections scheduled for August. However, there have been some indications that the current government, led by Baron Waqa, will seek to go to the polls earlier than that. The nature of politics in Nauru is highly personal and there are no political parties. There are a number of structural issues that are of concern in Nauru in the lead up to general elections, including the continuing suspension of five members of the current opposition, and apparent interference in the rule of law and due process by members of the Executive. In addition, ongoing media restrictions (both domestic and international) are likely to contribute to concerns [in French] as to whether elections in that country can be considered free and fair.

Elections will also be held in Samoa on March 4. Much has been made in some quarters of the great strides taken in Samoa to introduce temporary special measures (TSM) that will apply for the first time during these elections, which will ensure that women make up 10 per cent of the new Parliament. This is certainly significant. However, it is important to put this within the wider context; in Samoa only people who hold a matai title are eligible to stand for election to the parliament, regardless of their gender. So there remains some way to go before universal suffrage is achieved within the country.

Renewed Pacific diplomacy (on which, see the new collected volume The New Pacific Diplomacy) has been a feature of recent times and we can expect there to be more of it in 2016 and beyond.

Further to the big global agreements of 2015 – the adoption of the Sustainable Development Goals and the Paris Agreement on climate change – this year will see the beginning of the huge tasks associated with the implementation of these agreements. The countries of our region certainly punched above their diplomatic weight during 2014 and this renewed vigour will be required to ensure that the Pacific plays its part in operationalising some very lofty goals. We can expect to see continuing assertiveness on the part of the Pacific Small Island Developing States (PSIDS) group at the UN, with Fiji seeking to lead in that arena.

Closer to home, there will be continuing accommodation of the changing regional architecture. The Pacific Islands Development Forum has a new Secretary-General and expects to be granted observer status at the UN during the coming year, further establishing its credentials. As we saw in 2015, the space it provided for the small island states to caucus ahead of the Pacific Islands Forum meeting presaged a level of engagement and assertiveness on the part of leaders that has long been missing. There are likely to be further tensions around the membership of the Pacific Islands Forum, although it remains unlikely that Fiji will be able to garner much support for its contention that Australia and New Zealand should leave. That is not to say that our metropolitan neighbours can rest easy in terms of their relationships with individual Pacific island countries or the region more generally. One of the most striking aspects of the 2015 meeting of Forum leaders was that the issues that generated the most discussion (and proved the most contentious) were those where Pacific countries were seeking political cohesion rather than finance or technical assistance.

The torturous process that is PACER plus is scheduled for conclusion in 2016. Whilst Australia has, in recent times, devoted a great deal of energy to speedy conclusions of bilateral free trade agreements, the same degree of enthusiasm does not appear to be present in relation to concluding trading arrangements with our region. By the same token, there is little to indicate that PACER Plus rates highly on the priority list of many of the Pacific island countries, leaving its proposed conclusion somewhat in doubt.

Tess Newton Cain is a Visiting Fellow to the Development Policy Centre and is a citizen of Vanuatu, where she is currently based.