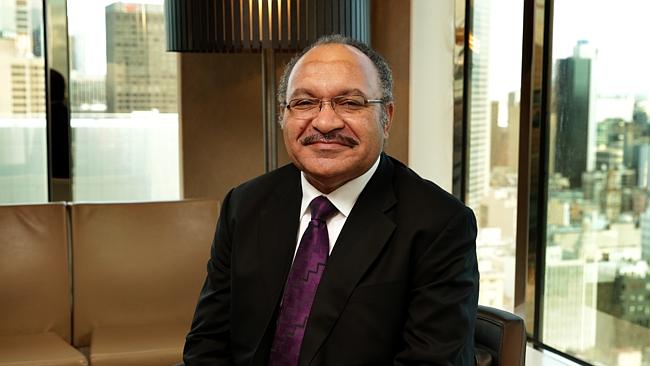 Papua New Guinea started the new year with a bang! Prime Minister Peter O’Neill successfully challenged his referral to the Leadership Tribunal, the Minister for Public Enterprise and State Investment Ben Micah declared a State of Emergency, purportedly with the approval of the National Executive Council, to recoup overdue electricity bills for the state-owned PNG Power Limited (PPL) and the ‘disturbing’ hunger strikes at Manus Island detention centre continue to threaten to undo the “Manus Solution”.

The Leadership Tribunal is now temporarily suspended, awaiting the Supreme Court to clarify the reservations raised by the Prime Minister. The distinguished judges appointed to the Tribunal never envisaged that their names would appear as co-defendants alongside the public prosecutor, but were named as such by the Prime Minister because they comprised the Tribunal whose jurisdiction is under question. What a way to start the year for these distinguished jurists – Justice Sir Peter Blanchard (retired, NZ), Justice Von Doussa (Australia) and Justice Salatiel Lenalia (PNG).

Under the PNG Constitution, a declaration of a State of Emergency gives the minister responsible or the ‘Controller’ powers to use the police and defence force personnel in attending to the emergency. Many condemned the declaration as abusing constitutional powers to cover-up the inefficiencies in the management of state enterprises. According to former attorney general Kerenga Kua:

“A State of Emergency only applies in times of great national crisis or emergency due to war, very serious civil disturbances, organised attacks on many government offices; or natural disaster, such as famine, an earthquake or fire.”

By Kua’s logic, such a declaration cannot be made for the purpose of collecting unpaid electricity bills. Using the defence force on a debt recovery mission against civilians, even in a supporting role, would be unheard of in modern democratic states. Kua, who is also the former president of the PNG Law Society, went on to condemn the exercise as ‘unconstitutional and illegal.’

But for Minister Ben Micah, the declaration ‘is not about debt collection,’ but to ensure ‘issues of electricity services, as an essential service, could be improved throughout the country.’ Micah claimed to have acted within the ambit of the Essential Services Act 2002. However, Opposition Leader Don Polye dismissed this claim, asserting that ‘the purpose of the Act was to protect “community interests” and not an essential service provider such as PNG Power Limited’s commercial interest.’ Although admitting [login required] that ‘this (exercise) has never been done before,’ John Tangit, the CEO of PNG Power Ltd, remains adamant that ‘whether right or wrong, this is the time to correct everything.’ The CEO’s statement could be argued as suggesting that the end justifies the means (even if the means appear illegal?). Speculation on social media suggests the exercise is a pretext to establishing a privatisation scheme, reminiscent of Sir Mekere Morauta’s ambitious privatisation program in the late 1990s. No-one has yet appealed the State of Emergency declaration in the courts, but a challenge seems quite likely.

The country’s path has not been so riddled with controversy since the 2011 constitutional crisis. But for the anti-corruption agencies and the courts, it is business as usual. The courageous Deputy Chief Justice Gibbs Salika signals the unwavering path ahead with the sentencing of Francis Potape, on 19 January, to two and half years imprisonment with hard labour for misappropriation of public funds. His Honour’s decision brought some relief to anti-corruption activists, who appear dismayed by the temporary suspension of the Leadership Tribunal regarding the case of the Prime Minister. The Deputy Chief Justice has so far convicted and sentenced three sitting parliamentarians – Paul Tiensten (Member for Pomio Open), Havila Kavo (Governor for Gulf Province) and Francis Potape (Member for Komo-Magarima Open). Tiensten and Potape formerly held senior ministerial positions including as ministers for Planning, and Petroleum and Energy. It was Task Force Sweep (TFS) that investigated many of these high profile cases. It is unclear if this promising trend will continue now that TFS is de-funded and on the brink of winding up.

Since coming into government in 2012, the O’Neill-Dion Government has taken both positive and negative steps along the country’s development path. But it could be argued that its many constitutionally regressive actions have overshadowed its successes. Mapping the O’Neill government, one may start with the year 2012 as the “Year of Reconciliation”, following the 2011 constitutional crisis. This was followed by 2013, which the government declared to be the “Year of Implementation”, with the “free” education and health policies as a priority. Perhaps 2014 could be argued as the “Year of Controversy”. From uncovering the complex web of institutionalised corruption in Parakagate implicating the Prime Minister to defending themselves from accusations of being ‘politically motivated,’ the country’s anti-corruption agencies, including the Ombudsman Commission and the courts, were extremely busy last year.

How about this year? If the events of January are anything to go by, then 2015 could potentially be called the “Year of the State of Emergency”. Following the success of PNG Power Ltd, other state–private enterprises have also indicated their intention to seek a State of Emergency declaration to re-coup outstanding bills. But, more than that, none of the legal controversies of last year are resolved; and some may escalate this year. There are also now financial worries with the fall in the oil price. Perhaps now the State of PNG itself is in a State of Emergency.

Bal Kama is a PhD Candidate in the College of Law, Australian National University.