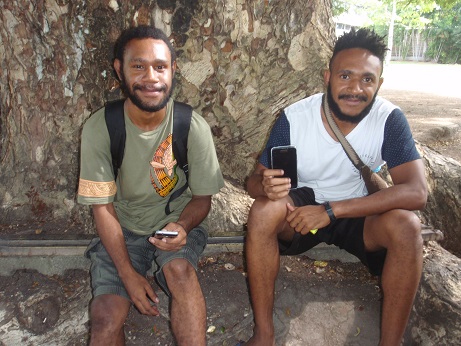 This will give more time for citizens to register their mobile phones, thus ensuring that they are able to make phone calls, send and receive texts messages, and so on, after the new deadline is reached.

The other two telecommunication companies are also continuing to register their customers, and attempting to inform customers about the need to register through radio advertisements and other means.

Various countries have introduced mandatory SIM card registration. In neighbouring Indonesia, the deadline was February 28, 2018, and then over 100 million SIM cards were partially blocked, before a further deadline of April 30, 2018. In that case, registration could be done online, through text messaging, at a call centre, or in person. However, in PNG, people need to register in person as the country does not have an identification database. Mobile phone users in PNG need to visit a store or an agent and have their photograph taken as part of the registration process.

According to The National, the devastating earthquake that hit several PNG highlands provinces in February, was one reason why the Minister decided to further extend the registration deadline. The initial deadline was on January 23, but this was extended to April 30. Threatened deactivation of SIM cards on that day did not go ahead due to a court injunction, which is no longer in place.