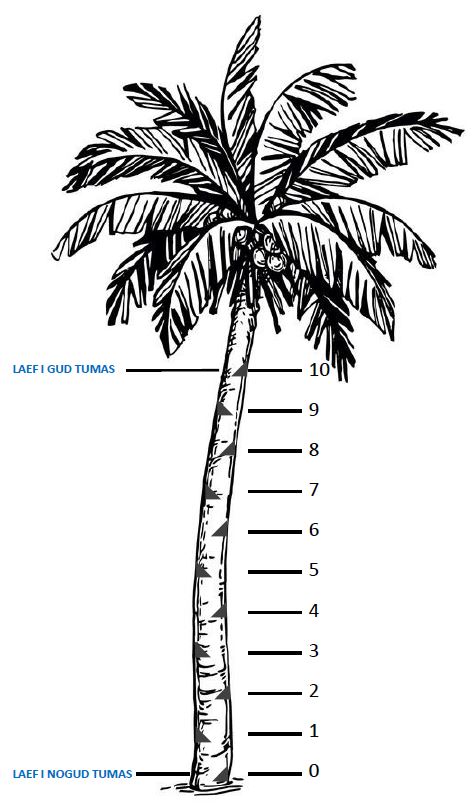 Internationally there has been increased focus on non-GDP indicators of progress, including wellbeing and happiness, both variously defined and measured. The OECD’s How’s life initiative, for example, uses a multidimensional model of wellbeing including both objective and subjective indicators – enabling interactive comparisons of OECD nations and regions across these domains. As I’ve written about earlier, New Zealand notably has brought considerable whole-of-government focus to wellbeing, including its measurement with an adaption of the OECD model, the Living Standards Framework. ‘What gets measured, gets managed’ is a common mantra within the wellbeing policy discourse in New Zealand and elsewhere. Subjective wellbeing – often using a question like ‘all things considered, how satisfied are you with your life as a whole these days?’ – is often measured on a 11 point, 0–10 scale, typically called a Cantril ladder.

High profile international comparisons of subjective wellbeing, or happiness, include the World Happiness Report and Happy Planet Index. The annual World Happiness Report ranks 156 nations on subjective wellbeing using data largely from the Gallup World Poll. In 2019 the top three nations were Finland, Denmark and Norway respectively with the list bottomed-out, perhaps not surprisingly, by the strife-torn countries of Afghanistan, Central African Republic and, lastly, South Sudan. The Happy Planet Index, from the UK-based New Economics Foundation, takes a different approach and was the first index to not look at monetary factors – ranking nations on the four indicators of life satisfaction, life expectancy, inequality of outcomes, and ecological footprint. The latest ranking from 2016 of 140 nations was topped by Costa Rica, Mexico and Colombia and bottomed by Togo, Luxembourg, and, lastly, Chad. The only Pacific nation to feature in either list is Vanuatu, ranking fourth overall and first in the Asia-Pacific region in the 2016 Happy Planet Index.

In the Pacific, Vanuatu has been the regional leader in both measuring wellbeing and imbedding alternative indicators of wellbeing within policy making. The ‘Alternative Indicators of Wellbeing for Melanesia’ initiative, reported upon here in the Devpolicy Blog back in 2014, began in 2010, when Vanuatu topped the Happy Planet Index, and has defined three distinct domains of wellbeing relevant for Vanuatu: access to customary land and natural resources; traditional knowledge and practice; community vitality. Focused around the question ‘what do you need in order to have a good life?’, key results (here and here) show that people living on customary land, participating in traditional ceremonial activities, and who are active members of their community, are, on average, happier in Vanuatu. There are also key geographic differences – rural dwellers, for example, are typically happier than those ni-Vanuatu living in towns.

The work in Vanuatu has had considerable influence. For the first time, policies around traditional medicine and healing practices, traditional knowledge, access to traditional wealth items, access to customary land, and use of indigenous languages have been included in the latest 2016–2030 Vanuatu National Sustainable Development Plan (NSDP). The key next step is finalisation of baseline information for wellbeing indicators in the NSDP, with the Vanuatu National Statistics Office (VNSO) currently doing surveying work across the country. In addition, several of the Vanuatu indicators have been adopted as National Minimum Development indicators by The Pacific Community (SPC), Fiji has recently conducted their own pilot study based on the Vanuatu model, and PNG, Solomon Islands, and New Caledonia have all developed modules for piloting their indictors, but have not yet begun. But in the region Vanuatu leads the way due to strong local ownership.

In teaching a geographies of wellbeing course this year, what struck me is the absence of Pacific nations from the global rankings. The World Happiness Report, for example, does not feature a single Pacific nation. Why? The answer is not as simple as a lack of data. Vanuatu, for example, now has a rich database on subjective wellbeing. I put the question to Jamie Tanguay, Project Coordinator of the Melanesian Wellbeing Indicators initiative at VNSO. Jamie noted to me that the Gallup World Poll, collecting the data on which the World Happiness Report rankings are constructed, had communicated to VNSO that they didn’t collect data for nations with populations under 1 million (strange; as Iceland, Malta, Cyprus, Montenegro, Bhutan, and Comoros all feature in the World Happiness Report rankings). The Gallup World Poll were additionally silent on Jamie’s reminder that PNG, population approximately 8.6 million, might warrant inclusion. In short, it’s hard to escape the conclusion that the Gallup World Poll, and by extension the World Happiness Report, isn’t very interested in the Pacific, despite some data at hand and work in progress. And as for the Happy Planet Index? Jamie noted to me that Vanuatu had to lobby for re-inclusion after being excluded from the listings post the inaugural 2006 release as other nations lobbied the New Economics Foundation to exclude nations where estimators were (then) being used and generally jockeyed for positions to boost image and tourism.

Pacific nations do warrant inclusion in the international datasets. But, ultimately, what really matters for policy-making is locally-relevant indicators and nuanced notions of wellbeing. Jamie noted to me, for example, that Vanuatu is more likely to reject the negative narrative sometimes used by international organizations focused on topics like poverty and food insecurity, for example, because they do not match perceptions on the ground, preferring to focus on indicators of significance to the people of Vanuatu.

Recent research on Tuvaluan concepts of wellbeing, in addition, has argued that national development planning in Tuvalu has largely used foreign understandings of wellbeing when local notions such as ‘olaga tokagamalie’ (life when one feels safe and secure) and ‘olaga lei’ (everything that contributes to a good life) are more appropriate. This research concluded that cultural and spiritual values and beliefs, family, and community are central to a Tuvaluan concept of wellbeing. The primary importance of family, community, and culture among Pacific peoples has also been highlighted by recent analytical work looking to refine, as much as possible, a Living Standards Framework appropriate for all New Zealanders, including the nation’s large Pasifika population.

A focus on wellbeing, as highlighted by Vanuatu’s regional leadership, presents an important avenue and opportunity to broaden measurement and policy-making beyond a focus on economic growth. As is increasingly recognised, both objective and subjective measures are necessary for wellbeing is multidimensional. In addition, locally relevant and nuanced understandings of the foundations of wellbeing are essential. In the Pacific there is considerable opportunity to take this forward.