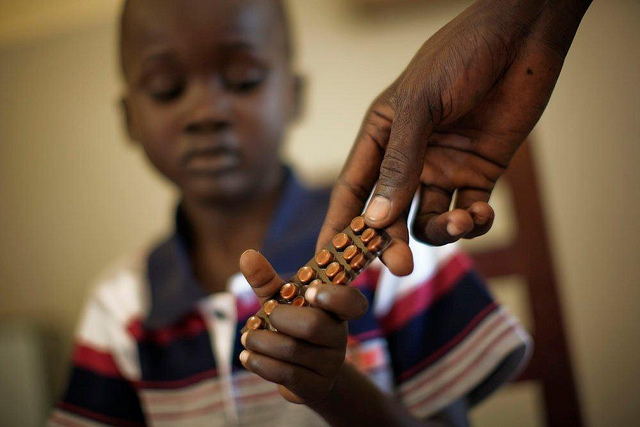 On 16 September 2016 in Montreal, Canadian Prime Minister Justin Trudeau will convene the Fifth Replenishment Conference of the Global Fund to Fight AIDS, Tuberculosis and Malaria.

At the meeting, the Global Fund will ask donor countries as well as philanthropic and private donors for the financial resources necessary to further assist countries to reduce the impact of the three great killer diseases of our age: HIV/AIDS, tuberculosis and malaria. It will be asking for a total commitment of US$13 billion for the period 2017-19 – a slight increase on the approximately US$12 billion contributed in the 2014-16 funding cycle.

Australia’s current contribution of A$200 million (A$70 million per year) makes it a middle-level but still useful supporter of the Fund. At Montreal, we therefore look to Australia to increase its commitment to the Global Fund by A$30 million per year to a total of A$300 million for the period 2017-19.

A contribution at this level would broadly match the percentage increased commitments already made by other comparable donors including Canada (CAD$785 million), Japan (US$800 million), France (€1.08 billion) and Italy (€130 million); and offset the adverse impact of A$/US$ exchange rate movements on the real value of Australia’s contribution. Most importantly, if all major donors increase their contributions at Montreal and commit US$8 billion of the US$13 billion target, this will permit the United States administration to match all other donors on a $1 for $2 basis up to a total contribution of US$4.3 billion, and thereby achieve the target.

Since its inception in 2002, the Global Fund has played a critical role in financing the significant improvements that have been made by many countries against the severe challenges posed by HIV/AIDS, tuberculosis and malaria. As a result of Global Fund-supported programs, an estimated 20 million lives have been saved, 9.2 million people have been placed on HIV anti-retroviral therapy, 659 million anti-malarial bed nets have been distributed, and 15.1 million people have been tested and placed on treatment for tuberculosis.

The mobilisation of resources through the Global Fund and other multilateral and country agencies has contributed significantly to substantial declines in the rates of morbidity and mortality caused by the three diseases in almost every country and region of the world, including in the Indo-Pacific region.

Many countries in our region, including Indonesia, Timor-Leste, Papua New Guinea, Myanmar and Vietnam, have applied Global Fund resources to record impressive reductions in the burden of the three diseases.

However, several of our nearest neighbours are still struggling to contain and manage the spread of these diseases. In Papua New Guinea, cases of multi-drug resistant tuberculosis are increasing, notably in Western Province. In the Mekong Delta countries, there is great concern about the emergence of drug-resistant malaria. And HIV/AIDS continues to affect the lives of millions of people in Indonesia and Myanmar.

Health security is a pre-condition for overall economic growth and the development of stable and prosperous societies in our region. It is in Australia’s interest to do all that it can to assist our neighbours to control, and eventually to eliminate, these three diseases. The Global Fund is an exceptionally cost-effective means of doing so: for every $1 Australia contributes to the Global Fund, the Global Fund reinvests $20 in the Indo-Pacific Region.

As the Executive Director of the Global Fund, Mark Dybul, said when he gave the Development Policy Centre Harold Mitchell Oration in February 2016:

If Australia and other donors step up their support for the Global Fund when they meet next month in Montreal, we will make one big step further towards the goal of ending the global epidemics of HIV/AIDS, tuberculosis and malaria.