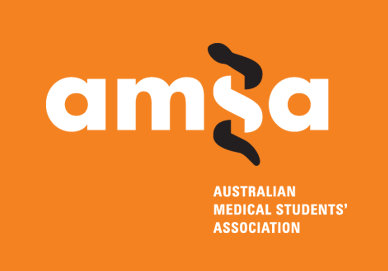 We surveyed 97 students, around a third of total conference participants, either via iPad or through an online survey. Three-quarters of respondents were female. 71% were undergraduates, the rest were postgrads.

For most respondents (62%), this was not the first Global Health Conference that they have attended, suggesting more than a passing interest in global health and development.  91% said they were interested or very interested in international development. 70% had already visited a developing country. 40% traced their interest back to this travel experience, suggesting that the explosion in foreign travel is one of the factors driving the growing interest in development in Australia.

The medical students clearly lacked information. 61% were unsure of whether there were enough opportunities for young doctors to work in developing countries. 73% said there wasn’t enough information. 57% indicated that their studies do not sufficiently prepare them to work overseas.

The AMSA National Convention attracts about 1,200 students. The global health conference attracts 300. A rough inference would be that one in four medical students has an interest in development, and one in five (77% of 25%) has enough interest to want to go overseas. There were about 3,300 medical graduates in 2013. If it is one-in-five, then more than 600 of these graduates have an interest in working overseas. That’s an impressive number by any account.

But where will they go? This document, prepared in partnership with AMSA, is a good primer for what to expect and how to prepare for work overseas, but it provides less advice on where to look for jobs abroad. Australia’s universities are increasingly offering semester-long internships  overseas, and these might lead to further opportunities after graduation. There are a few large NGOs, such as MSF and Red Cross, who will take doctors, but positions are limited.

What of Australia’s various volunteer programs? They seem to offer very few medical volunteer roles. Of the 104 AYAD assignments currently on offer, only 12 are listed in health, and only one for a doctor. And there are currently only six health opportunities available through the AVID stream (out of 45), again with only one position for a doctor.

We’re not suggesting that Australia become another Cuba, sending doctors overseas en masse. But volunteering is a relatively inexpensive option. Giving Australian doctors more opportunities to volunteer overseas could be good for poor people, and good for us.

In the meantime, let’s celebrate the idealism and internationalism of so many of our medical students.

Stephen Howes is Director of the Development Policy Centre. Jonathan Pryke is a Research Officer at the Centre. You can view the questionnaire here [pdf], and access a spreadsheet of the results here [xlsx]. Thanks to Matilda Mackay-Sim and her AMSA colleagues for their cooperation and assistance in the running of the survey.