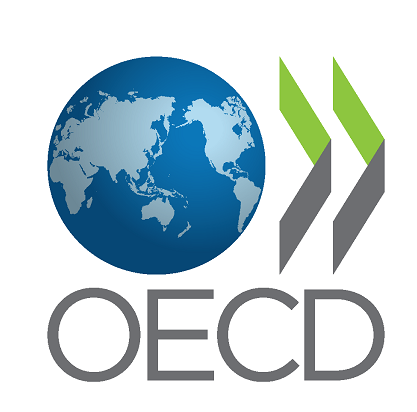 Part one of this two-part post explained the reasons behind the dramatic expansion of the OECD’s Development Assistance Committee (DAC) in 2013. This second part contemplates the implications of this expansion, given that it takes place against a backdrop of significant and uncertain change in the governance of global development.

Historically, the relatively homogeneous nature of the DAC’s membership has been the source of its authority. Rich, western states have traditionally dominated the global aid architecture and provided most aid. As recently as 2006, then-director Michael Roeskau introduced a publication [pdf] documenting the history of the DAC by relating how the “the DAC has always enjoyed the singular privilege of being the venue and voice of the world’s major bilateral donors.” Its unique status as the premier representative forum of the aid-giving world meant it became, in those areas of development policy and governance where these states sought to collaborate, the chief arbiter on development issues. Reaching consensus often took DAC members considerable time – arriving at a definition of ODA is the obvious example – but once the DAC imprimatur could be applied to a policy or practice, it generally became an entrenched component of the development landscape.

Yet the international development regime, like other realms of global governance [pdf], has changed dramatically in the past half-decade. The rapid economic growth of emerging economies is transforming global politics in general, and global aid flows in particular. The movement of the DAC from a pivotal to a more peripheral role in the global politics of development is powerfully demonstrated by contrasting the role it played in establishing the old ‘Aid Effectiveness’ regime, dominated by the MDGs and the Paris Declaration, and the emergent ‘Development Effectiveness’ regime, brokered at Busan [pdf] and symbolised by the Global Partnership.

The DAC played a crucial and catalytic role in laying the platform for what would become the MDGs with the publication of ‘Shaping the 21st Century: the role of development cooperation’ [pdf] in 1996. The DAC’s Task Force on Donor Practices, established in 2000, with developing country participation, was convened to follow up on this report and, in time, these discussions were to become institutionalised as the ‘High-level Forum process’ (this report [pdf], from the North-South Institute, tracks the history). From Rome to Accra, via Paris – the MDGs always in full view – the HLF structure guided the international development discussion during the ‘aid effectiveness’ era. The contours of these ongoing discussions had been decided and directed by the DAC. But in the lead-up to Busan, it was clear that the existing order was beginning to fracture.

In their excellent paper examining the present state of uncertainty in the ‘geopolitics of development’, Eyben and Savage argue persuasively that Busan became a forum for establishing a new partnership, one which would no longer be “framed by the old binary relationship of Northern donors and Southern recipients.” The entrance of many new and powerful actors – most of whom are not DAC members – into the global development space meant that the position of the DAC was marginalised. Instead of reviewing the progress of the Paris Declaration, observe Eyben and Savage, the key focus of Busan became how to include the BRICS in the outcome document.

This focus had direct implications for the DAC. “Because of the DAC’s Northern identity,” claim Eyben and Savage, “its suitability for discussing development was also now challenged.” Owen Barder has been more direct, pointing out that the changes at Busan relegate the DAC “back to the role of a caucus of traditional official donors, representing a dwindling proportion of aid, in defiance of its aspirations to lead reforms of the global governance of development cooperation.”

Post-Busan, the DAC no longer enjoys the position of arbiter in most matters of global development (the definition of ODA aside). As Dr Patrick Kilby, a regular contributor to this blog, has explained, “in this more complex and OECD noncompliant aid landscape, it is much harder for the OECD and its Development Assistance Committee to exert their traditional leverage on development policy and direction within recipient countries.” Instead of joining the DAC, as the Republic of Korea recently did, states are now remaining ‘outside of the tent’ as a means to better position themselves politically. Mexico, report Eyben and Savage, although an increasingly important aid provider, “has chosen not to join the DAC, opting to represent itself as a ‘bridge’ between North and South.” This shrewdness has been rewarded with the selection of Mexico City to host the First High-Level Meeting of the Global Partnership in April.

All this does not have to mean that the DAC is heading for irrelevance, but it does suggest the DAC’s role has changed irrevocably. The roles of arbiter and advocate may not be mutually exclusive, but geopolitical realities have diminished the DAC’s capacity to emphasise the former. Rather than seeking ways to revive its familiar role as arbiter, the DAC needs to embrace a new role as advocate. And to best fulfil such a role, the DAC needs to draw upon its ‘northern’ identity, not retreat from it.

Like all effective lobbyists, the position of the DAC should be obvious. The DAC needs to make the case for its members, articulating clearly when and why the practices and policies ‘the north’ pursues lead to more effective development outcomes. It needs to highlight the long track records of its members, the huge benefits of standardised statistical reporting, the importance of transparency and the merits of the peer-review process. ‘Southern donors’ have different priorities. Their activities are often mercantilist, premised on access to resources or improved trade conditions. The DAC must continue to advocate why it remains important for aid to target ‘soft’ objectives, including the promotion of democracy.

There are many signs the DAC has prepared for the reorientation of its role. It has convened experts to reflect strategically on the challenges it faces and published the results [pdf]. It has produced a Global Relations Strategy [pdf] detailing how it will engage with non-member economies. It has proactively reached out across the North-South divide, including by establishing the China-DAC study group. And it’s public engagement, including via twitter and online, has dramatically improved. But perhaps most importantly, it has appointed a dynamic, politically-savvy leader in former Norwegian Development and Environment Minister Erik Solheim.

Solheim was one of a cast of high-profile guests who headlined a series of events at the Australian National University during the Development Policy Centre’s Development Week in 2013. During the week, Solheim conducted a roundtable on the future of aid, which he managed to fit in during a trip to Australia in which he also addressed [pdf] the M4D Conference 2013 and attended a variety of meetings, including with AusAID.

During the roundtable, I was struck by the way Solheim answered what seems a relatively straightforward question: why do states provide development cooperation? States provide aid, Solheim answered matter-of-factly, for two key reasons. The first is out of moral obligation, summarised in Christ’s command to “love your neighbour as yourself.” The second is to promote their national self-interest.

In one sense, there was nothing new in Solheim’s selfish-selfless summarisation of the reasons why states provide aid. A voluminous (and not particularly conclusive) literature is dedicated to understanding which of these motives predominate in determining how states formulate their development assistance. But in another sense, Solheim’s response was striking because of the way he unashamedly embraced the validity of both motives. Conversely, public debate about whether states should provide aid is generally Manichean, with opinion divided between whether selfish or selfless motivations should dominate.

Solheim challenges both of these traditional camps with his ‘both-at-once’ philosophy, combining the passion of an activist with the pragmatism of a politician. For example, he advocates linking economic growth with environmental sustainability and champions a multi-dimensional conception of equality. Solheim also brings a track record of being able to engage and cooperate productively with states from the Global South.  His views on the future of the DAC [pdf] also convey openness to the idea of ‘DAC as lobbyist’. He agrees that one of his key tasks as chair is to “identify the member states’ interests and positions in the global environment of development cooperation.”

“The geopolitics of development,” admit Eyben and Savage, “is in a state of uncertainty and transition.” As a consequence, the same could be said for the DAC itself. But with change comes opportunity. The transition from arbiter to advocate will be difficult for the DAC – and will require more than just a charismatic leader – but to do so offers the best chance to secure its ongoing relevance.

Benjamin Day (twitter @benjaminsday) is a PhD Candidate in the School of International, Political and Strategic Studies at ANU.