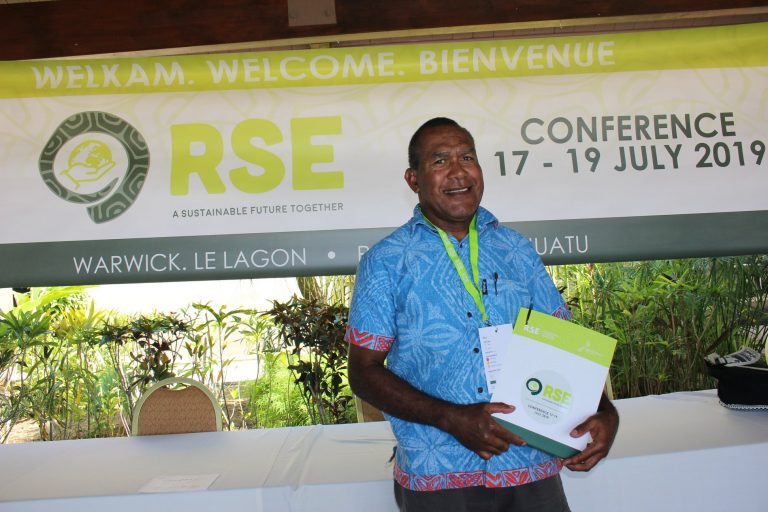 Government’s role in the RSE: response to Richard Curtain

In a recent series of Devpolicy Blogs reviewing the RSE Impact Study, Richard Curtain takes issue with a number of the authors’ recommendations. While acknowledging that “there is a lot to learn from this three-volume study”, Richard notes that “[m]y summary objection is that the three authors’ focus is nearly always on what the New Zealand and Pacific governments should be doing to make changes [to the RSE scheme]. Missing are recommendations that highlight the changes that employers and workers or sending and host communities can make.”

We acknowledge there is a strong focus in our RSE Impact Study: Synthesis report on actions we think governments overseeing the Recognised Seasonal Employer (RSE) scheme – a government-led, managed temporary labour migration program – should consider. This is deliberate; the RSE Impact Study was commissioned by the Ministry of Business, Innovation and Employment, primarily to provide input into a review of the RSE Work Policy that is presently underway.

One omission from our RSE Impact Study reports is a clear statement about what was out of scope for study. In light of some of Richard’s concerns, especially our failure to address the RSE annual cap, we regret this omission because it would have explained why certain topics – including RSE operational requirements, the annual cap on RSE numbers, RSE health procedures and worker training, among others – were not addressed in the study.

It is worth noting that all of New Zealand’s Pacific migration programs are subject to annual caps. The RSE cap is a mechanism designed to manage employer demand for offshore seasonal labour and to mitigate the risk of displacing New Zealanders from seasonal work. Every year since 2014 the government has raised the cap, with the exception of 2020 due to the impacts of COVID-19 on domestic employment conditions and international travel. Consideration of the RSE cap was out of scope for the RSE Policy Review, and the cap is unlikely to be removed in the near future.

We agree that many aspects of the RSE employment relationship – which is at the heart of the RSE scheme – are best addressed by employers and their workers, rather than government. Nonetheless, there are highly asymmetrical power relations that exist within managed temporary labour migration schemes like the RSE that bring in workers from low-wage economies to work on farms in much higher wage and cost-of-living economies.

These asymmetrical power relations, which favour the employer, mean some issues, such as workers’ pay rates and deductions, or the ability for workers to raise complaints about their employment and living conditions, cannot be left solely to RSE employers to address. There is an ongoing oversight role for government to monitor employment-related matters in the context of these unequal power dynamics, and to deliver on the development-related objective of the RSE scheme which is to ensure workers generate savings that can contribute to economic development at home.

Wage rates for horticultural seasonal labour in New Zealand have been the subject of discussion and criticism for many years. They have been below the rates paid in Australia for a long time. The New Zealand Government’s decision to implement a ‘living wage’ (which is above the minimum wage) to be paid to experienced RSE workers recruited under the border exception, sends a signal to the horticultural industry of the government’s stance on the importance of protecting the financial returns of experienced RSE workers who return year after year.

Richard Curtain contends employment-related issues are best addressed by RSE employers acting collectively to ensure that all workers in the industry are treated fairly. It is true that the horticulture industry should, and does, lead efforts around socially sustainable production, including negating the risks of worker exploitation in horticultural supply chains – something we highlight in the Synthesis report. It is also the case that in New Zealand there has been much more cohesive industry-led action on seasonal employment-related issues over the RSE scheme’s 14 years of operation than has been possible in Australia.

Nevertheless, a common fear persists among RSE workers that if they voice concerns with their employer about their pay, employment or living conditions, they might be deemed a ‘troublemaker’ and may not be invited back for work in a subsequent season. The risk of not being reselected is a major disincentive for workers to raise complaints; even more so in the current climate of COVID-related travel restrictions, and limited opportunities for RSE workers to secure future work. Given this fear, there is a need for an independent mechanism, aside from the employer, to support RSE workers and enable workers’ perspectives to be heard without fear of repercussion.

Finally, we should note that the RSE Impact Study was a multi-stage contract. Not all phases of the original design were funded and implemented. The final phase, entitled “Future-focused systems analysis of the RSE”, was scheduled to follow the empirical research and completion of the RSE Impact Study reports. This stage was to be modelled on the initial participatory, co-design approach used by industry and government in the mid-2000s to formulate the RSE Work Policy. It was to involve industry, New Zealand and Pacific governments and community stakeholders in an assessment of the RSE Impact Study findings and their implications for the future of the RSE. Unfortunately, due to a range of factors, including the advent of the COVID-19 pandemic, this final phase was never undertaken.

This is precisely what Richard suggests is missing from the RSE Impact Study when he states RSE stakeholders “[n]ow need to work jointly again to confirm or modify the study’s findings, assign priority to the problems identified and collectively agree on ways to solve them”.

While we were unable to undertake this final phase, the annual RSE Conference is another important forum for stakeholder discussion and collaboration on issues surrounding the RSE scheme’s operation.

Horticulture New Zealand is in the process of organising the 2021 RSE Conference, which will be held in late June. With the exceptions of 2007 (when the RSE scheme started) and 2020 (when COVID-related lockdowns disrupted most major events), the RSE Conference has been an annual event where major stakeholders in the scheme have gathered to share ideas and debate issues.

Topics such as the RSE cap, the operation of regional quotas for RSE workers, challenges around worker accommodation and living conditions, the impacts of the scheme on Pacific communities and labour markets, among many others, are regularly traversed at the conference. These annual events have become the primary mechanism for continuous co-creation of the RSE scheme. We have contributed to most of these conferences since 2009, and we have been invited to present the RSE Impact Study findings at the 2021 conference.

In this context, we are grateful for Richard’s critical observations. His concerns about some of the recommendations arising from the RSE Impact Study are very timely given the opportunity we will have at the conference to address the recommendations with key stakeholders aside from government.

The experiences RSE employers, workers, industry organisations and other stakeholders have had since borders closed in March 2020 will have generated new thinking about how the RSE scheme needs to operate in a post-COVID world. The forthcoming RSE Conference provides a valuable opportunity to share some of this thinking and to work collaboratively to envisage the future of the RSE.

This blog is part of the #RSE Impact Study series.

Heather Nunns
Dr Heather Nunns is the principal of Analytic Matters, a consultancy undertaking public policy research, evaluation and design projects and is based on the Kāpiti Coast, New Zealand.