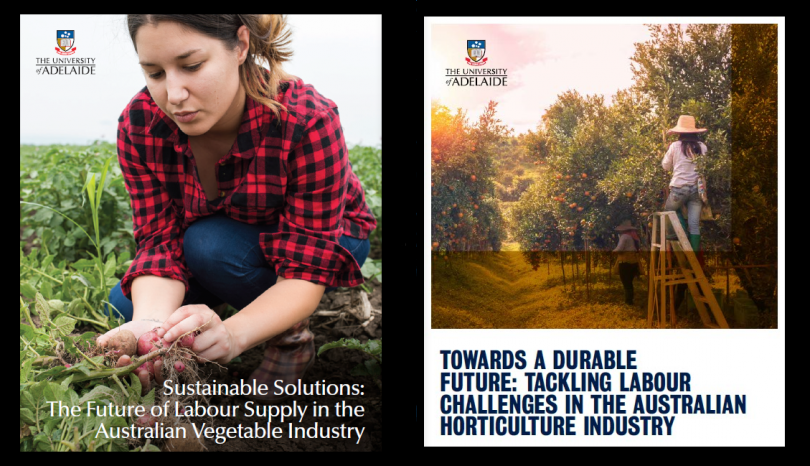 A team of academics has just produced their second report on labour challenges in horticulture. In February 2017, Joanna Howe, Alexander Reilly, Diane van den Broek and Chris Wright released their report Sustainable solutions: the future of labour supply in the Australian vegetable industry (not available for download on the web, but reviewed on Devpolicy here). Two years later, in March 2019, the same authors together with Stephen Clibborn published Towards a durable future: tackling labour challenges in the Australian horticulture industry. In some ways the two reports are similar. Both draw on the same national survey of vegetable growers. Both contain a wealth of interesting information and insights. The second report also draws on extensive interviews and focus groups with a wide range of horticulture stakeholders across Australia.

The biggest difference between the two reports concerns recommendations. The first report was full of them, with a final chapter presenting the authors’ reform agenda. This one draws many conclusions but contains no recommendations at all.

The second report, like the first one, is quite critical of the Seasonal Worker Programme (SWP), which allows workers from the Pacific and Timor-Leste to work on Australian farms for up to nine months. There is “low industry interest in the program” (p. 101). While the SWP has “significant promise” (p. 111), given its “present design and management” it is not “capable of addressing” the seasonal labour needs of growers (p. 129).

This is, in our view, far too negative an assessment. Of course, it is true, and has been known for a long time, that the SWP has struggled to compete with backpackers, who are the main source of horticultural labour in Australia.

However, times are changing. What now needs to be explained is why reliance on the SWP is growing rapidly, while reliance on backpackers seems to be diminishing. In 2013-14, we had 2,000 seasonal workers and 46,000 second-year farming-backpackers (that is, backpackers who obtained a second-year visa by working on a farm in their first year for at least three months). Just five years later, this year, 2018-19, there will be over 10,000 seasonal workers, and, based on the most recent data, around 36,000 second-year backpackers. The ratio has changed from 1:23 to less than 1:4. While the number of second-year backpackers is stagnant or falling, the SWP is growing at an annual rate well in excess of 20 per cent a year.

What has been driving this rapid growth in the SWP, and the move away from backpackers? For a start, there are fewer backpackers visiting Australia. More fundamentally, as we have argued elsewhere, the backlash from the media exposé of farm worker (and other temporary worker) exploitation in recent years is transforming the horticultural labour market from an unregulated to a regulated one. In the process, it is reducing the attractiveness of the unregulated option (backpackers and illegal workers, where corners can be cut) and driving farmers towards the SWP (which is much more regulated but also more reliable).

Queensland’s mandatory labour hire licensing scheme “to protect labour hire workers and support responsible labour hire providers” has been operating since July 2018. It has heavy penalties, with corporations liable for fines of up to nearly $400,000 and individuals for fines of up to $135,000. The legislation also has jail provisions. The Victorian Labour Hire Authority, which commenced at the end of April 2019, now requires all labour hire businesses to apply for a licence within six months, under threat of “substantial penalties”.

At the federal level, the federal government has accepted in principle all 22 recommendations of the March 2019 Report of the Migrant Workers’ Taskforce, and the 2019-2020 Federal Budget announced measures to respond to the Taskforce’s recommendations. The April 2019 Harvest Trail newsletter identifies the following recommendations of the Taskforce as particularly relevant to horticulture: establish a National Labour Hire Registration Scheme targeted at industries identified as being at higher risk for worker exploitation; introduce criminal sanctions for the most serious forms of deliberate exploitation of workers; provide greater resources and funding for the Fair Work Ombudsman for enforcement activity; and provide additional resources and funding to other regulators to support enforcement activity.

The Office of the Fair Work Ombudsman (FWO) has already become more active. The FWO’s Harvest Trail Inquiry between 2013 and November 2018 involved an average of over three visits to 238 locations for education or compliance activities. The National Union of Workers since early 2016 has been actively monitoring migrant labour in horticulture and SWP workers in particular.

Major supermarket chains now have responsible sourcing policies in place. Coles Supermarket’s revised Ethical Sourcing Policy dates from July 2016 and Woolworth’s Responsible Sourcing Policy dates from July 2018. Woolworths also announced in February 2019 that its horticulture suppliers can only use labour hire firms on their farms that have been “certified” in one of three ways: through the Queensland labour hire register; by becoming an “approved employer” under the SWP; or by being certified by the third-party vetting scheme StaffSure, developed and supported by the Recruiting and Consulting Services Association.

Horticultural associations are getting on board. Queensland-based industry association Growcom has developed its Fair Farms Initiative to enable growers to show they are fair and responsible employers. Its Fair Farms Training and Certification Program is currently being piloted with a small number of businesses, with the aim to have the program operational and open for businesses to join by the middle of 2019.

All of this is adding up to something of a revolution in the horticultural labour market. Cheap, unregulated options are rapidly becoming less available, and less attractive. Farmers might still complain about the SWP, but they are also queuing up to join it. (Small farmers, who would find SWP compliance requirements burdensome, generally participate through labour hire companies, which employ the great majority of seasonal workers.)

Do we then still need an agricultural visa? Of course, some farmers need workers for longer than nine months. But they can now participate in the Pacific Labour Scheme (PLS), which is like the SWP but has a restriction of three years in Australia rather than nine months. As we have argued elsewhere, and as the authors concede themselves (p. 115), if there was to be a new agricultural visa, it would need to have the same design as the SWP and the PLS.

The only difference could be in the source countries. The authors’ new report is supportive of South East Asia as the source region for an agricultural visa. It provides a number of reasons for this: South East Asian countries, the authors note, have large agricultural work forces, for example. What is completely missing from this analysis is any consideration of the strategic and developmental reasons that led the Australian government to restrict the SWP and PLS to the Pacific and Timor-Leste. Now that it has, it would — as the events of late last year showed — be highly damaging diplomatically for Australia to establish another agricultural labour scheme in which the Pacific had to compete with South East Asia or was excluded altogether.

In summary, the conclusion of this latest report from Joanna Howe and her co-authors that the SWP as currently designed cannot meet the needs of employers, is ill-founded. No doubt the SWP can be improved, but it is a much more relevant and popular scheme than their new report allows for. With the SWP and PLS both now available to growers, there is no need for a new agricultural visa, the introduction of which would be against Australia’s strategic interests.