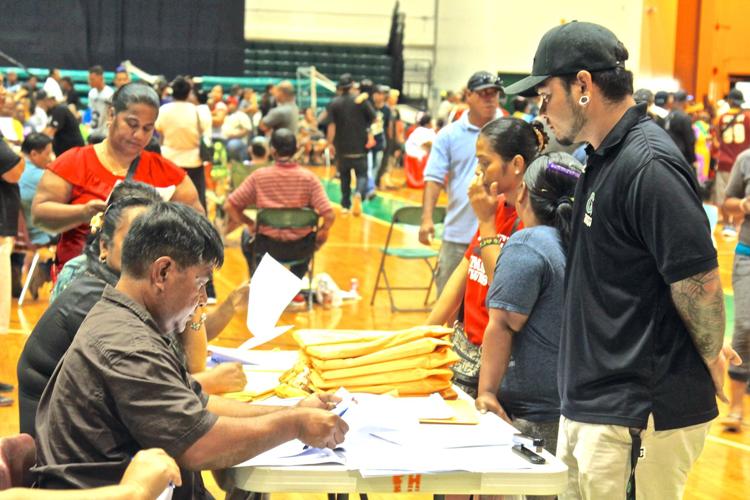 A number of Pacific island countries will hold national elections this year. The peoples of Kiribati, Federated States of Micronesia, Nauru, Tuvalu, and Marshall Islands will all go to the polls in 2019. In Tuvalu, PM Enele Sesene Sopoaga will be hoping that his increased presence and activity in the realm of global climate diplomacy will not prove an impediment to success at home. Similarly, President Hilda Heine in Marshall Islands will be looking to secure something more substantial than the very narrow margin by which she defeated a motion of no confidence last year.

Solomon Islands’ first general elections since the end of RAMSI will test the capacity of the Royal Solomon Islands Police Force. Despite having been Prime Minister for such a short period of time, incumbent Rick Hou claims to have achieved some significant milestones and has managed to progress some important legislative reforms, including passage of the Anti-Corruption Act. These elections will be conducted under the aegis of recently-enacted changes to the electoral law. Hou will be hoping to reap the political benefits of an increase in the minimum wage awarded just before Parliament was dissolved. There is also ongoing concern about the impacts of mining, including complaints that insufficient benefits are accruing to communities.

Self-determination and independence are never far from people’s minds in the Pacific, and we are currently in a period where these issues are even more present than usual. The referendum in New Caledonia last year saw the territory elect to remain part of France but with a much stronger showing for independence from France than many had anticipated, and the aftereffects of this will be felt in 2019. In particular, the pro-independence parties will be looking to secure sufficient seats in the congressional elections (to be held on May 12th) to strengthen their argument for going ahead with up to two more referendums as envisaged by the Noumea Accords, despite opposition from anti-independence groups. The importance of this year’s provincial and congressional elections has prompted renewed lobbying for changes in the rules about who is eligible to vote.

In 2019, Bougainville is scheduled to have a referendum in which its citizens will be asked to decide if they wish for ‘greater autonomy’ within Papua New Guinea or if they want to be an independent state. Although some important steps have been taken to get ‘referendum ready’ there are still a lot of hurdles to clear and it is likely that the scheduled date of June 15th will slip a little. The working relationship between the national government and the Autonomous Bougainville Government is not always a smooth one, with ongoing concerns about transfers of funding from Waigani. The situation has been further complicated by allegations of mismanagement (and possibly worse), and the impacts of these will be felt in the lead up to the referendum this year.

The issue of self-determination for West Papua is likely to become more significant in our region over the next few years, especially given that by the end of this year the Pacific Islands Forum troika will include Tuvalu, whose Prime Minister spoke strongly on this issue at the UN General Assembly in 2018, and Vanuatu, whose support for West Papuan independence is well known. Recent increases in armed clashes, including reports of use of chemical weapons by the Indonesian military (which have been denied by Jakarta) have once again highlighted the situation in West Papua.

In Papua New Guinea, following a tumultuous 2018, there is an expectation that the Opposition will seek to pass a motion of no confidence in the Prime Minister, Peter O’Neill, after the post-elections grace period expires in February. Whilst the Opposition has strengthened thanks to the merger of the National Alliance and PNG Party, O’Neill has proved himself to be a political survivor of the first order. No doubt O’Neill will point to PNG’s hosting of APEC in 2018 and resulting benefits as evidence for why he should remain in charge. His critics will also be looking to APEC, but for different reasons — to demonstrate why he should go. Whoever is Prime Minister come the end of the first quarter will have some major challenges to face, including concerns about the economy and dealing with the Bougainville referendum (see above). But surely the biggest challenge of all for Papua New Guinea’s political leadership relates to the huge problems associated with health in that country. Not only are local health facilities plagued with a lack of basic supplies, but there has been a resurgence of polio, leprosy, and HIV infections.

Given the renewed interest in what happens in the Pacific in the Australian media and commentariat, there will be no shortage of discussions on these and other issues during the year.