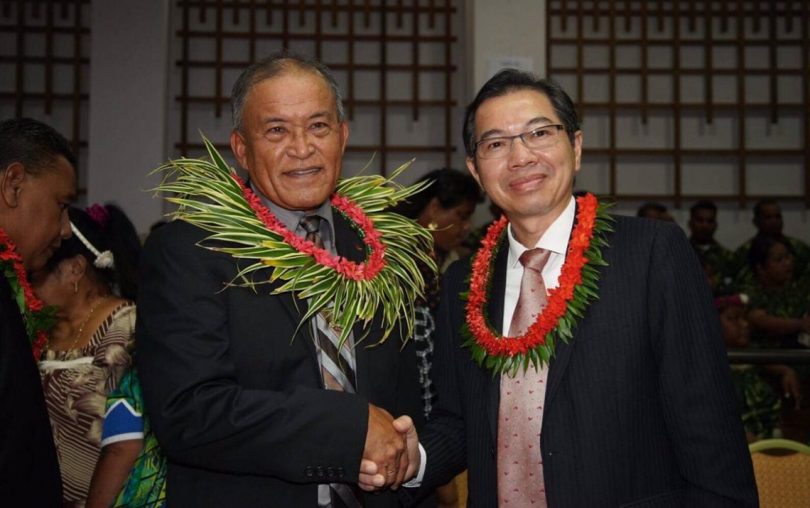 As we enter not only a new year but a new decade, there is much to anticipate in the Pacific islands region.

A number of countries in the region will have elections during 2020: Kiribati, Niue, Palau and Vanuatu. The lingering discontent in Kiribati surrounding last year’s switch in diplomatic relations from Taiwan to China may have an adverse impact on the incumbent government. In Vanuatu, Prime Minister Charlot Salwai Tabismasmas can point to having served a full parliamentary term as Prime Minister as a reason why he should remain in the top job but that may not be enough. The current premier of Niue, Sir Toke Talagi, has been suffering from ill health recently casting doubt on whether he will contest this year. Meanwhile, there have been calls for more young people to stand for parliament in that country.

Elsewhere in the region, some of what happened on the political scene in 2019 will continue to play out. In Marshall Islands, the Niitjela (Parliament) met last week and elected David Kabua as the new President further to last year’s elections. In the immediate aftermath of Solomon Islands’ switch from Taiwan to China last year there were indications that Prime Minister Sogavare might face a motion of no confidence. Whilst that did not eventuate in 2019, it remains on the cards for this year. In Papua New Guinea, this year will be crunch time for the Marape/Stevens government. The grace period that protects them from a challenge by way of a motion of no confidence comes to an end in late 2020 and there are already whispers of this paving a comeback for Peter O’Neill who was ousted from the PM’s seat in the middle of last year.

There will also be elections in New Zealand, which will be closely watched given that country’s closeness to the Pacific islands region, and the centrality of the Pacific Reset to the Ardern/Peters government’s policy platform. The incumbent, Jacinda Ardern, was named Islands Business’ ‘Pacific Person of the Year’ for 2019.

There are also significant elections taking place at sub-national level. In Vanuatu, the SANMA provincial elections taking place this month will be closely watched to see if they cast any light on what we can expect in the general elections in March. In Bougainville, there will be elections for President and government of the autonomous region. These elections will be heavily influenced by the results of last year’s referendum on independence. However, there is currently some debate as to whether constitutional arrangements should be modified to allow the current President, John Momis, to run for another term. If this is what is to happen, the elections may need to be delayed.

The last couple of years has seen a proliferation of policies, programs and photo opportunities as established and emerging Pacific partners seek to (re)establish their influence in the region. This is expected to continue through 2020, including by way of high-level visits to the region. For example, President Emmanuel Macron will visit French Polynesia in April. This is significant given France’s displeasure at the territory having been reinscribed onto the UN’s Decolonisation List.

The impacts of Solomon Islands and Kiribati switching their diplomatic allegiance from Taiwan to the People’s Republic of China will continue to be felt during 2020. We have already seen some developments with the visit of President Maamau of Kiribati to Beijing where he met with President Xi Jinping and signed up to the Belt and Road Initiative. Whilst the Taiwanese government has expressed confidence of the continuing relationship with Marshall Islands, Taipei will be watching President Kabua’s early movements closely and has already announced a high-level visit to Majuro to help keep this relationship on track. Taiwan now has four allies in the region (Marshall Islands, Nauru, Palau and Tuvalu) and will continue to expend diplomatic and political capital to avoid losing any of them during 2020.

Work will begin on the negotiations between the Bougainville and Papua New Guinea governments further to the result of last year’s referendum which saw 97.7% of those who voted opt for independence. This will have to be ratified by the Parliament of PNG, under the terms of the Bougainville Peace Agreement. Positions on the future of Bougainville vary among PNG parliamentarians, including Prime Minister Marape’s suggestion of ‘economic independence’. Moreover, that agreement does not provide a timeline for how long this process should take. There will need to be a lot of work done around managing community expectations and keeping the flow of information moving in order to avoid frustration.

In New Caledonia, the second of a possible three referendums on independence from France will be held on 6 September. In 2018, the result was much closer than many had predicted with 43.6% voting in favour of independence, exceeding the 30% that some had been predicting.

After some considerable delay, the people of Chuuk in the Federated States of Micronesia will hold an independence referendum in March.

The question of self-determination for West Papua and addressing issues of alleged human rights abuses by the Indonesian state will loom large during 2020, particularly during the meeting of the Pacific Islands Forum leaders in Vanuatu. At last year’s meeting of Pacific Islands Forum leaders Vanuatu lobbied successfully for the issue of West Papua to be given more prominence in the final communiqué than had been the case in the preceding couple of years. This includes a strong signal from leaders that they expect the government of Indonesia to facilitate a visit to the region by Michelle Bachelet, the UN High Commissioner for Human Rights, in order for her office to report to leaders when they meet this year in Port Vila.

Meanwhile, in a region dominated by relatively young countries, Fiji will mark its 50th anniversary of becoming independent this year and Vanuatu its 40th.

We have already seen a change of leadership at the oldest of the region’s peak bodies, the Pacific Community (SPC). Dr Colin Tukuitonga was replaced as Director-General by Dr Stuart Minchin late last year. The meeting of the Pacific Islands Forum leaders to be held in Vanuatu in August will be Dame Meg Taylor’s last as Secretary-General. By convention, it is Micronesia’s turn to nominate the person to take on this position. The front runner is Gerald Zackios, the current ambassador of Marshall Islands to the United States.

There will be ongoing work to further develop and embed the ‘Blue Pacific’ as a unifying narrative that speaks to the needs and aspirations of all members. However, this will take place in a context where there are multiple pressures on national governments, in domestic as well as foreign policy spheres. Divergences of approach when it comes to climate policy will continue to be a significant fault line at the meeting of PIF leaders. Vanuatu, the 2020 host, has already made it clear that the primary focus for that meeting will be climate change.