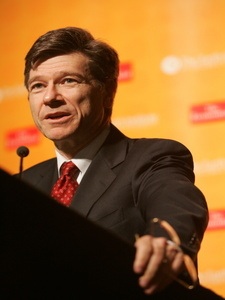 The Millennium Development Goals (MDGs) – that have guided much of the international development arena over the past decade – are due to expire in 2015 leading many to ask: what happens next? Ban Ki-Moon, the UN Secretary-General, appointed a panel of experts (that included our own Kevin Rudd) that recently issued a report recommending the world address the pressing challenge of moving towards a more sustainable global economy and system (more on the report here). They called for more focus on the nexus between food, water and energy; on the full environmental and social cost of production and consumption; on social exclusion and equity.  Finally, they recommended the creation and adoption of a set of Sustainable Development Goals (SDGs) to replace the MDGs.

The formulation of SDGs was one of the (or perhaps the only) outcome of the Rio+20 conference held last month. There was agreement that such goals must be developed but no agreement on the goals themselves. An “open working group” of 30 nations was agreed that would decide upon key themes by September 2013 which would then see a transition period between MDGs and SDGs.

In June, Jeffrey Sachs, one of the architects of the MDGs, came out with his vision in the Lancet for a new set of global objectives to guide international development policy for the next 15 years.  Acknowledging that the content of the SDGs is still up for grabs, Sachs has put a stake in the ground with his view of what the SDGs should contain.

Disclaimer: I worked for Professor Sachs for five years and maintain ongoing collaborations with his team.

For the SDGs, Sachs proposes three broad categories of economic development with a focus on basic needs (SDG1), environmental sustainability (SDG2) and social inclusion (SDG3) with good governance as an overarching dependent condition (SDG4). He calls for a move away from traditional measures of economic performance such as gross domestic product to better capture wellbeing, happiness, life satisfaction and freedom from suffering (more on this here, and here). At the Rio conference, UNDP moved in this direction with their Human Development Report team unveiling efforts to better measure progress within a sustainability lens.

These SDGs continue some elements of the MDGs but also represent a fundamental departure in that developed countries are included among those who must strive to achieve these goals. In this way, the SDGs are less paternalistic and less aid-focused and more about mutual global cooperation and national responsibility. Australia for example would continue to support reduction of basic needs poverty in developing countries but would commit to achieving universal access to services in indigenous communities, would move towards a “low-carbon energy system”, and would adopt sustainable food and energy strategies.  Sachs sees a much bigger role for emerging middle-income countries in the new global partnership.

Sachs’ vision is very optimistic. His SDGs call for “government at all levels to cooperate to promote sustainable development” and for the world community to help low-income countries bear the additional costs involved in adoption of sustainable economic systems. On current evidence from Copenhagen and other global summits, the adoption of any concerted action on the environment is stuck in a quagmire.

Despite this, the call for “all the world’s people” to have access to safe water, sanitation, adequate nutrition and basic health and for the promotion of “the wellbeing and capabilities” of all citizens is achievable and necessary. Indeed, we as a global community, should be striving for nothing less. By definition, 15 year goals should be transformative and ambitious.

There will, of course, be critics and critiques. Especially after the lack of real progress seen in Rio, there is not much evidence around us of global cooperation and leadership that would be needed to underpin any type of SDG framework. But there is an opportunity for the SDGs to herald a new engagement by the emerging economies of the world that will be the global leaders of the next 15 years. While there remain those that are trying to persist with the traditional western model of development (remarkably for example calling for a Bretton Woods institution for global health), perhaps China, Brazil, India, Indonesia and South Africa should lead SDG development.

Sachs, as is his wont, had taken a fairly extreme view at one end of the spectrum and has outlined his vision for the SDGs. His view will rightly be criticised but, as he often does, he has managed to put his views out in the open and start a debate that the world community needs to have.

I’d be very interested in the views of the Devpolicy readership on the post-MDG world. Do we need SDGs at all and, if so, what should the principles be?

Joel Negin in Senior Lecturer in International Public Health at the University of Sydney, and a Research Associate at the Development Policy Centre.