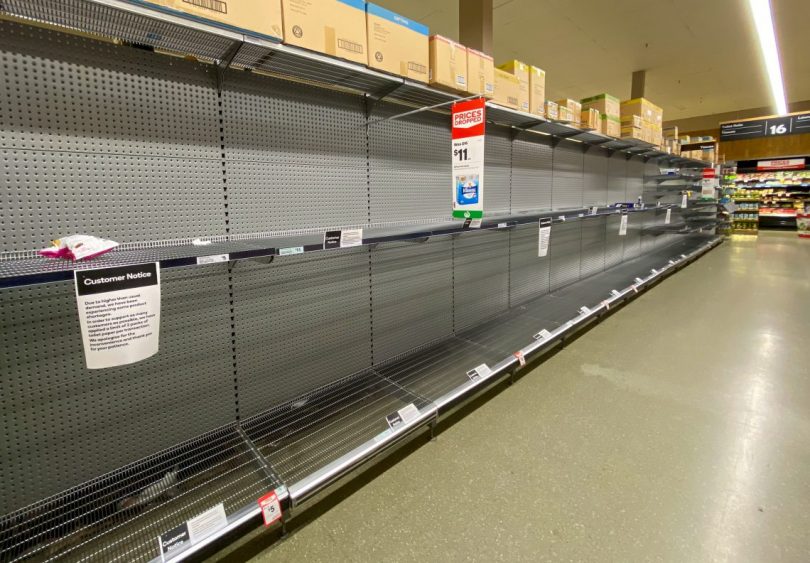 Empty shelves in a supermarket in Victoria, Australia (Kym McLeod/Shutterstock.com)