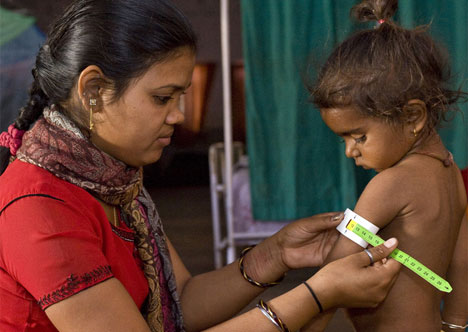 On August 12 a high-level meeting containing international government representatives, charities and businesses took place [pdf] in London to scale up political commitment to nutrition and food security. European Commissioner, Andris Piebalgs announced a commitment to reach at least 7 million malnourished children with its development programs by 2025. The UK also announced three new initiatives on science and innovation, private sector liaison and government accountability. Prime Minister Edna Kenny also announced that Ireland will use their EU Presidency to focus on hunger prevention. Despite these announcements, welcomed by some, there has also been some criticism for the lack of substantive outcomes of the meeting.

Meanwhile, workshops have begun for the implementation of the New Alliance for Food Security and Nutrition in Ethiopia, Ghana and Tanzania. The Alliance represents a commitment by the G8 members, African countries and private sector partners to achieve sustained agricultural growth to lift 50 million people out of poverty over the next 10 years.

For more information on the vital role of nutrition in development see the presentation by Laurence Haddad, Director of the Institute of Development Studies, delivered at Devpolicy last month (video here). 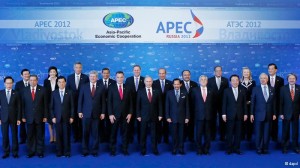 The 20th APEC Economic Leaders’ Meeting was held in Vladivostok, Russia this week. The most hailed achievement from the summit is an agreement to extend tariff caps for a list of 54 environmental products to begin in 2015.

The summit also discussed food security and a commitment was made to increase sustainable agricultural production and productivity, to develop food markets, enhance food security and improve access to food for vulnerable groups. The leaders also aim to address this issue by focusing on supply chain inefficiencies.

A big push on education

Whilst visiting Timor-Leste UN Secretary General Ban Ki-moon has called for a ‘big push’ on education (a blog about Timor-Leste’s education challenges can be found here) in August (see his video message here). This comes ahead of the launch of the Secretary-General’s new Education First initiative (to be released later this month). The Initiative aims to raise the political profile of education and accelerate progress towards the 2015 education goals.

International Literacy Day was also observed on 8 September with UNESCO bringing together representatives from countries which have high non-literate populations. Discussions were held to identify ways of improving worldwide literacy levels.

The UK International Development Committee released a new report ‘Tax in Developing Countries: Increasing Resources for Development’. The report highlighted the increasing importance of tax collection in developing countries and the large impact of transfer pricing abuse. It recommends that the UK aid program should increase its focus on supporting tax authorities. The report also notes that the Government should urgently conduct an analysis of the impact of its new tax rules on developing countries which have been criticised for making it easier for those operating in developing countries to use tax havens. The report comes after heavy campaigning from NGO’s including Christian Aid and ActionAid over this issue.

A cabinet reshuffle in the UK has resulted in a new Development Secretary, Secretary Justine Greening, and a promotion for leaving Andrew Mitchell. Greening’s appointment, which by some accounts she was not thrilled about, increases uncertainty about the future direction of the UK aid program, particularly around driving home the 0.7% targeted increase in next year’s budget (which, as this post shows, will not be easy). This blog post outlines Andrew Mitchell’s career. This article outlines the potential that Greening should see in her new position, and this post highlights some of the first steps she must make.

The World Bank has appointed Indian national Kaushik Basu as its new Chief Economist. He has held visiting professorial positions at Harvard University, the Institute for Advanced Study, Princeton University, the London School of Economics, and M.I.T and most recently served as Chief Economic Adviser of the Government of India, Ministry of Finance.

A US$6.4 billion funding package has been announced by donors to assist the humanitarian crisis in Yemen, specifically to underpin the flagging Yemeni economy and fund new infrastructure projects, as well as immediately addressing the humanitarian situation.

The World Bank has released a new report ‘Reaching Across the Waters: Facing the Risks of Cooperation in International Waters’ which argues that international cooperation over the world’s rivers is vital for food and energy security.

Jeffrey Sachs has reviewed the recent book, Why Nations Fail (reviewed on this blog here and here), unsurprisingly disagreeing with the argument set forward by the authors.

The Institute for health Metrics and Evaluation has released an interactive visualisation showing how players in health have emerged and shifted over the last two decades.

The ‘Impact and Policy Conference’ was recently held in Bangkok. The aim of the conference was to increase understanding of randomised control trials and other modern evaluation tools. One of the studies presented at the conference is discussed here.

Owen Barder and Ben Ramalingam discuss in their final post in a series how complexity of development provides a powerful justification for pursuing the results agenda.

The ADB released the 43rd edition of its flagship annual statistical publication. The publication presents the latest available economic, financial, social and environmental indicators for the 48 regional members of the ADB, including up to date progress tracking of the MDGs.