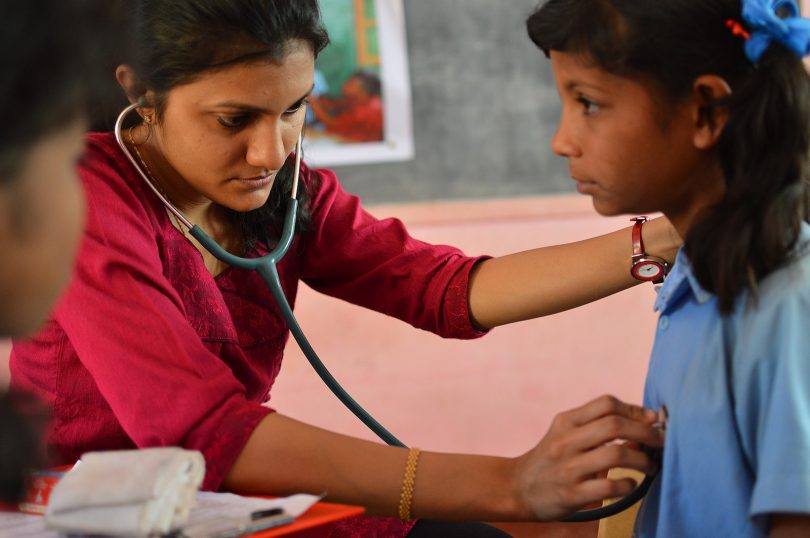 These classifications matter because the World Bank and many other bilateral and multilateral development institutions use country per capita income to determine how much assistance, and on what terms, countries receive. The rationale for international funding bodies targeting assistance to lower-income countries is that overall aid funding is limited, and the greatest impact on poverty will come from targeting assistance to the people most in need, who are assumed to be living in countries with low per capita incomes.

However, using country per capita income is a blunt instrument for targeting assistance to the people who most need assistance. The World Bank has noted that 73% of the world’s poor people live in middle-income countries, and the Food and Agriculture Organisation of the UN has indicated that 46% of people experiencing malnutrition live in lower-middle income countries. Therefore, while in principle, middle-income countries should have the domestic capacity to cover more of their costs of providing services and infrastructure, in practice a loss of external financial support can be very damaging.

While most multilateral agencies use several criteria for deciding eligibility for assistance (including fiscal and health indicators), most agencies use per capita income as a key criterion and have similar income thresholds for deciding the level or type of assistance that countries receive. This can lead to a country losing support from multiple international sources within a few years, in a process known as ‘simultaneous transition.’

How widespread is simultaneous transition? A new report by the ACTION Global Health Advocacy Partnership, Progress in Peril – the Changing Landscape of Global Health Financing, indicates that at least 24 countries are likely to experience transition to reduced support from two or more multilateral health financing agencies within the next five years. This figure is likely to understate the extent of simultaneous withdrawal of donor support, as it excludes possible reductions in assistance by bilateral donors, which have less predictable and consistent criteria for determining country eligibility.

For individual countries, the impacts of this loss of external support could be severe for the following reasons:

Even countries such as Vietnam, which has made significant progress over the years in reducing poverty and appears to be well placed to cope with reduced external support, do not necessarily have an inclusive planning process for transition. Several stakeholders in Vietnam interviewed in preparation of the ACTION report noted that any consultation on transition was between the Vietnam Government and multilateral agencies, with little participation of civil society organisations in planning for transition.

Having identified simultaneous transition as a significant risk to sustaining improvements in health services, what are the possible solutions? The ACTION report recommends the following:

Governments of low and middle-income countries need to set up a national coordination process (including all relevant stakeholders) to prepare for and undertake transition, make clear commitments to increase domestic funding to replace external support, and work on strengthening health systems before transition begins.

High-income country governments, such as Australia, need to increase the transparency and predictability of their own bilateral aid programs, and use their role on the boards of multilateral agencies to modify the eligibility and transition policies of these agencies.

Multilateral development agencies need to modify their eligibility and transition policies to incorporate health and sustainability indicators (going beyond economic indicators), increase coordination with each other on the timing and terms of transition, and work on ways to provide targeted post-transition support, such as technical assistance for health system strengthening, to countries facing reduced support.

All players also need to support the role of civil society in holding governments accountable for maintaining and improving health outcomes during transition periods.

Making these changes will give countries a genuine reason to welcome an increase in per capita income and a change in their country classification, rather than treat the change as a mixed blessing.

Mark Rice is the Policy and Advocacy Manager for RESULTS International Australia, and one of the contributors to the ACTION report, Progress in Peril. RESULTS International Australia is a member of the ACTION partnership, consisting of independent organisations working to influence policy and mobilise resources to fight diseases of poverty and achieve equitable access to health.