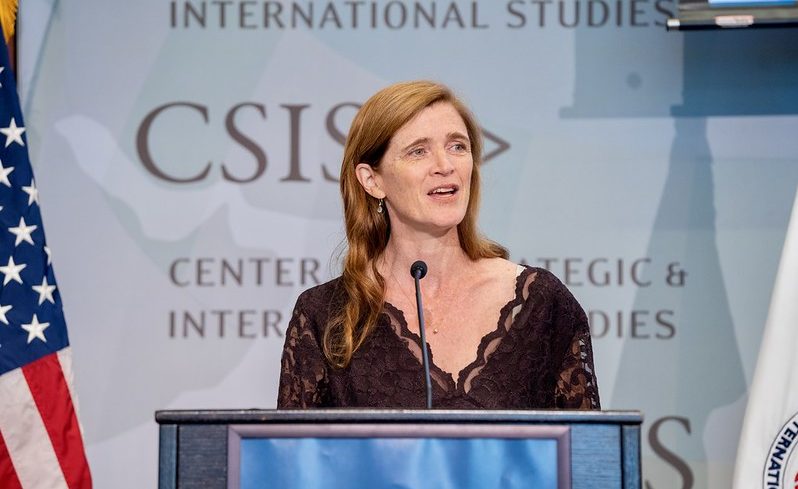 As well as leading the United States’ response to the multiple development and humanitarian crises unleashed by Russia’s invasion of Ukraine, COVID-19 and a disrupted global economy, USAID Administrator Samantha Power has identified three long-term priorities for her tenure at the helm of the world’s largest bilateral aid agency: making the organisation more accessible, more equitable, and more responsive.

Speaking on these themes in May 2022, Power emphasised the need for USAID to “embrace the widely-held and resounding consensus that locally led development – an approach that prioritizes and elevates the roles of organizations, institutions, and people of the countries we serve – … is the key to delivering the kind of results that will be visible years and years in the future, long after our programs have wound down”. And she has backed this call with specific targets: namely, 25% of all USAID’s funding to go to local partners by 2025 (it is currently just 6%) and, by 2030, 50% of USAID programs “place local communities in the lead” by having them co-design, set priorities, implement and evaluate them.

In the months since Power made this commitment, a lot of ink has been spilt. Global civil society advocates have welcomed the new targets, and development experts and practitioners have dissected the contending incentives and barriers in fine detail. Many commentators have cited previous USAID localisation initiatives that fell short of their aspirations as cautionary tales. But there is a clear acknowledgement that – except in the smallest, most aid-dependent countries – enhancing local leadership and working more through local systems and partners is critical to improved aid effectiveness and sustainability.

Attention has now focused to what specific changes might be needed to deliver on this agenda and to shift US aid policy and practice. A new paper by the Brookings Institution has laid out a detailed menu of reforms to support the localisation push: increasing the autonomy of USAID’s national staff and enhanced decentralisation of decision-making to country offices; adjusting risk management frameworks to better weigh factors, such as missed development impact opportunities, relative to risks like fraud and corruption; decreasing the rigidities surrounding the US budget appropriation and expenditure process; and aligning US great power narratives around pluralism and civic engagement with localisation efforts.

There has even been movement on the legislative front, with the introduction of a bipartisan-sponsored bill which aims to simplify access to USAID funding for new and local partners. These efforts have been able to draw on the experience of more recently established US development agencies – such as the US President’s Emergency Plan for AIDS Relief (PEPFAR) and the Millennium Challenge Corporation – which do not face the same legislative and budgetary constraints as USAID (which operates under the voluminous 1961 Foreign Assistance Act).

But perhaps the clearest current example of the US system’s ability to shift its approach when circumstances demand has been the US decision, since February, to channel US$4 billion in “direct budgetary support” to the government of Ukraine for its economic and humanitarian needs in the face of Russia’s brutal invasion. This is despite well-documented concerns about corruption in that country prior to the conflict.

While budget support for Ukraine has rightly been defined as an emergency measure (and the World Bank is acting as an intermediary), it does demonstrate what can be done when responsiveness and local needs are prioritised. It also puts debates about delivering much smaller amounts of core funding (often in the tens or hundreds of thousands of dollars) to local civil society and private sector organisations into perspective.

And, as with so many areas in development, it shows that the barriers to genuine change are not so much legal or technical as political. As Dan Honig and others have argued, the domestic “authorising environment” for aid in the US remains insecure and, aside from those situations which are designated “emergencies” like Ukraine, this militates against greater decentralisation, flexibility and risk taking, even where this would increase overall development effectiveness and impact. Power’s predecessors fell short in their ambitions to advance localisation largely because of this environment, and it is not clear what will be different this time around. Indeed, the political barriers to change may well increase if there is a resurgence of Trumpian populism in the November mid-term congressional elections.

In Australia, the COVID-19 crisis and the associated disruption to traditional aid delivery models has been viewed as an opportunity to advance locally led development, both as an aid effectiveness measure and as a normative goal. The previous government’s COVID-focused aid strategy, Partnerships for Recovery, stated that Australia “will place a strong focus on the localisation of our assistance through partner government systems and local organisations in both the response and recovery phases”.

Unfortunately, there was little detail on how this would be achieved. The fact that much of Australia’s aid goes to fragile states in our region also complicates localisation efforts. There are, however, useful examples of evolving localisation practice at the program level, particularly in humanitarian and NGO programs such as the Australian Humanitarian Partnership and the Australian NGO Cooperation Program. The latter program is currently the subject of an independent evaluation that includes a focus on localisation. And some managing contractors are actively involved in the public discussion.

But, as with the US, perhaps the most striking (and underreported) example of Australia’s ability to localise aid when required has been the significant direct budget support it has provided to countries in our region grappling with the negative poverty, health and fiscal impacts of the pandemic over the last two and a half years. This includes $2 billion in budget support loans to Papua New Guinea and Indonesia in 2020. And, in 2020-21, the proportion of grant aid delivered directly through partner governments almost tripled from its (albeit low) pre-pandemic base.

While it remains to be seen whether these and other forms of locally led assistance will become a more permanent feature of Australia’s development programs, increased ambition on localisation would help the new government live up to its rhetoric when it comes to aid, particularly aid to the Pacific – where it has talked about listening to local voices, meeting regional needs and priorities, and prioritising local content. But genuine change will require more than just rhetoric — it will require a clear plan, acceptance of the trade-offs between central control and improved effectiveness, and a sustained push from DFAT’s political masters and senior leadership.