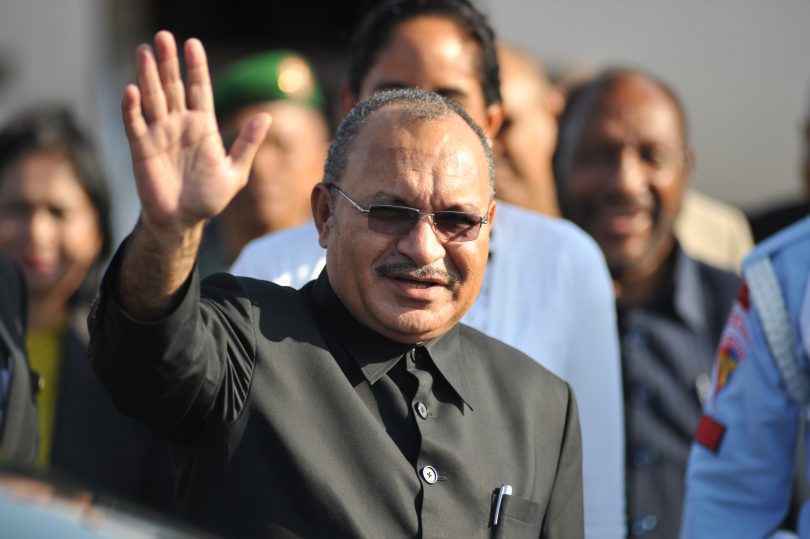 Peter O’Neill was PNG’s second longest serving Prime Minister, and by a long way. He was PM from 2011 to 2019, about one-fifth of the country’s history as an independent country. He may well remain a political force, and even be a future PM. But for now at least his term of office is over. How should we assess it? Certainly, no other individual has so dominated the pages of the Devpolicy Blog, which I have co-edited since its inception in 2010. Indeed, the pages of our Blog provide a rich source of materials on which to base an assessment of O’Neill’s long tenure. In what follows, I focus on domestic policy, the importance of the 2013 O’Neill-Rudd Manus agreement notwithstanding.

On the positive side of the ledger, attempts had been made before Peter O’Neill became Prime Minister to abolish school fees in PNG, but none had lasted. O’Neill did it, and it stuck. One can criticise some of the modalities and consequences (in most provinces, a massive increase in school class sizes), but getting more kids in school is a step forward.

Free education stuck in part because O’Neill was PM for so long, and that stability was itself an achievement. It enabled O’Neill to pursue long-term goals like the hosting of APEC, which, while controversial, resulted in PNG getting more foreign aid. The stability also provided the environment in which the ADB’s 2017 US$1 billion loan to fix up the Highlands Highway was finalised – a transformational project.

The negative side of the ledger is prominent. First, O’Neill borrowed heavily during his first years of office, the boom years of 2012 to 2014. That was a big mistake, resulting in a heavy interest burden today, and accentuating the impact of the downturn on government services during the post-2014 bust years.

Second, and crucially in my view, O’Neill failed to grasp the opportunity which the end of 2014 presented. When oil prices crashed, he could have called the greatly changed external circumstances a crisis, and pushed through much-needed hard decisions, like budget cuts, revenue measures, and an currency devaluation. He could have done all this and blamed it on external necessity.

Instead, until much too late his government denied that the fall in oil prices would have any consequences at all. By then, the PM was trapped by his own spin into a passive economic policy stance, perpetually on the defensive, denying that there were any economic or other problems at all, even as employment fell, growth outside the resources sector fell below the population growth rate, foreign exchange dried up, revenue collapsed, and government services deteriorated. The admission of his successor – the new Prime Minister James Marape, in a maiden speech that was generally favourable to O’Neill – that the economy is “bleeding and struggling”, was never one the former PM could have made after he missed his 2014/15 window of opportunity. O’Neill’s defence of his healthcare policies at a time of health crisis was particularly galling.

Third, the former Prime Minister antagonised too many of his colleagues via a series of controversial decisions or captain’s calls. O’Neill could ban Australians like Ross Garnaut and Paul Flanagan with no fallout. He could nationalise Ok Tedi without consequence. But the 2014 UBS loan to purchase Oil Search shares cost him valuable allies, as did – much more recently – his finalisation, against bureaucratic advice, of the Papua LNG gas agreement. It is sometimes said that all power rests with the PM in PNG politics, but O’Neill’s eventual demise illustrates the dangers of concentrating rather than sharing power. (On his resignation as Minister in April, James Marape said that PNG was not a nation “to be dominated by one person”.)

O’Neill also struggled with many of the dilemmas that ruling PNG involves. The first and most prominent of these concerns corruption. Everyone agrees it needs to be contained, but when corruption is widespread clamping down on it is risky. O’Neill came in with energy at the end of Somare’s lethargic final term. He established Taskforce Sweep to fight corruption within two weeks of becoming PM, in August 2011. But it lasted less than three years, being disbanded by the man who set it up when the agency went after the O’Neill himself on corruption charges. He promised thereafter to replace Taskforce Sweep by an Independent Anti-Corruption Commission, but never did. While it is difficult to quantify corruption, the consensus is that it increased and institutions weakened under O’Neill’s reign.

Second, O’Neill supported decentralisation, but without clear direction. In his early years, he supported decentralisation to the districts or MP level, with multi-million Kina funds for MPs to disburse and new District Development Authorities to manage those funds. Provinces (made up of districts) seemed irrelevant. But in his later years, O’Neill tacked back to the provinces, promising their governors greater autonomy. Absent a settled and affordable framework for decentralised governance, expect service delivery to continue to decay.

Third, O’Neill – or at least his government – flirted with but never committed to a number of controversial policy stances. Policies to quarantine large parts of the economy from foreign investment and to hand mineral ownership to landowners were advanced, but then not implemented. There is a clear mood of economic nationalism in PNG which no leader can ignore, but it needs to be constructively channelled towards outlawing backroom deals rather than isolating the country. Women’s parliamentary representation is another issue the former Prime Minister flirted with but left in the too hard basket.

Peter O’Neill, by virtue of his longevity and energy, was probably PNG’s most powerful PM, but he was also perhaps the most divisive. A skilful politician, he appeared invincible for so long, but he finished his time as PM isolated and defeated by what even he admitted was a perceived “need for change”, his achievements insufficient to counter his mistakes and vacillations.