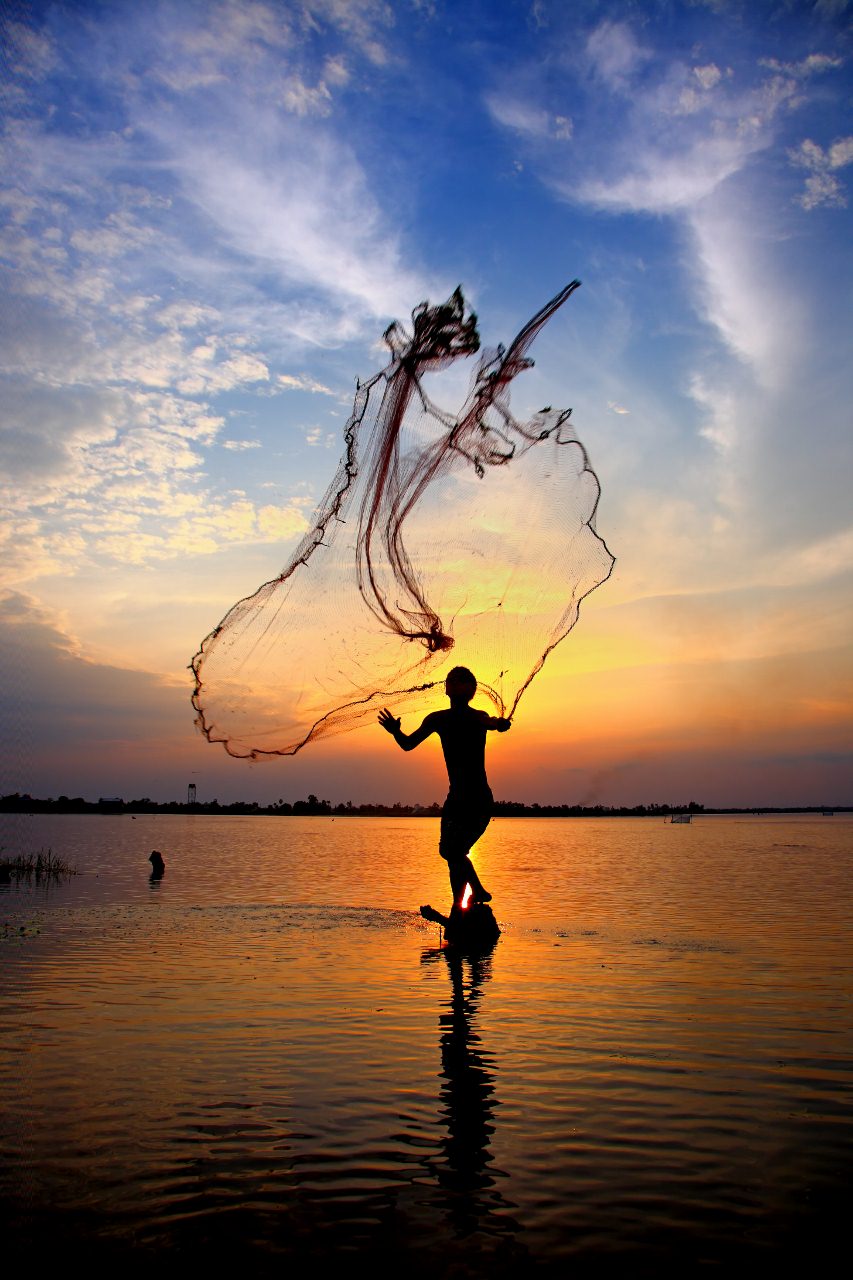 In what has now been established as a Devpolicy tradition, for our final blog post for 2015 we again take the opportunity to remind you of the wonderful analysis brought to you by the Devpolicy blog over the last year.

Every year we nominate a top blog, one that speaks to our hearts as well as our heads. This year we’re nominating Robin Davies’ moving ten-year anniversary reflection on the 2004 Boxing Day Tsunami. Robin was living in Indonesia at the time, and was in Aceh within days of the tsunami. Robin concludes his two–part blog as follows:

I have a photograph of an unknown New South Wales Fire Brigades search and rescue officer, looking down from one of the bridges over the wide Krueng Aceh river. The waterway is half-clogged with what appear to be thousands upon thousands of pieces of charred lumber, but which are mostly people’s dead bodies. While he and the other emergency responders who were there will always carry such images with them, far worse and more pervasive memories must haunt the people of Aceh and Nias.

This year, thanks especially to Terence Wood and Camilla Burkot’s fortnightly links, but also due to a number of individual reviewers, we brought you an increased number of book reviews and reading suggestions. If you want something for Christmas, try Honor Among Thieves, Indonesia Etc., Give a Man a Fish, or Inside the Crocodile.

For those who’d prefer to spend their holidays reliving the year that was, here are the highlights across our three major research areas:

By far the biggest story of the year in Australian aid was the billion dollar cut to the aid budget in the 2015-16 federal budget. Following on from the December 2014 MYEFO announcement, Robin Davies and Terence Wood placed their bets on where the hatchet might fall. All was revealed on Budget Night in May, with Stephen Howes, Matthew Dornan, Robin Davies, and Anthony Swan, among others, providing a breakdown of the budget papers. Joel Negin mourned the virtual end of Australian aid to Africa, and Ashlee Betteridge assessed the potential impacts on Australian volunteering. Amid all the doom and gloom, Matt Morris and Julia Newton-Howes offered some more positive thoughts on what might be done to repair the damage.

Beyond the budget, we continued to analyse Australian aid policy. Benjamin Day examined the Coalition’s ‘new aid paradigm’ through the prism of Foreign Minister Julie Bishop’s speeches. The Minister’s comments around the possibility of partnering with Coke to deliver aid in the Pacific also generated lively discussion; more generally, the government’s emphasis on private sector engagement was dissected as part of a parliamentary inquiry and research in the NGO sector. We also examined the new Health for Development strategy, Australia’s response to the Syrian crisis, and the launch of the long-awaited innovationXchange.

The change of government in September represented another opportunity to reassess the aid program. We took a closer look at Malcolm Turnbull’s track record on aid and international development-related issues, and former Parliamentary Secretary Bob McMullan offered some proposals for the new Prime Minister and his Minister for International Development and the Pacific.

Beyond government aid, we continued to share analyses of the slowdown in Australian public giving for development and the effectiveness of NGO fundraising. We also wished ACFID a happy 50th birthday, and presented new research on Australian public opinion on aid.

The outlook for PNG was bleak at the outset of 2015 – Bal Kama wondered whether this was to be ‘the year of the state of emergency’, while Stephen Howes queried whether PNG was ‘heading for a crisis’. The PNG economy was seriously shaken by the global collapse of oil prices, justifying a number of these concerns. Paul Flanagan’s very late 2014 analysis, though controversial at the time, proved remarkably prescient. Paul subsequently provided commentary on the March and September monetary statements, MYEFO, Supplementary Budget, and 2016 Budget, while Rohan Fox gave us a comprehensive analysis of PNG’s exchange rate problems.

Foreign relations also proved challenging this year. Events on Manus and Nauru, and their implications for Australian aid and foreign policy, were critically questioned by a number of commentators. Allegations that Australia and New Zealand have been spying on Pacific Island countries raised questions of sovereignty and statehood.

In happier news, Kath Taplin documented the impact that Femili PNG (which Devpolicy provides pro bono support to) is having in supporting PNG women to escape from family and sexual violence. Lindy Kanan also summarised new research on the impact of gender-based violence (GBV) on business in PNG, and Ashlee Betteridge spoke with Linda Van Leeuwen about steps that PNG’s resources sector is taking to respond to GBV. Devpolicy’s partnership with the UPNG School of Business and Public Policy also commenced this year, providing an opportunity to reflect on the teaching of economics at UPNG from 1969 to the present.

Elsewhere in the Pacific, natural disasters and climate change were dominant themes. Cyclone Pam devastated Vanuatu in March; Colin Collett van Rooyen reported on the country’s resilience in the face of natural disaster, while Matthew Dornan and Tess Newton Cain assessed the storm’s economic impact and cost of reconstruction. The need to establish a strong regional response to climate change was a leading topic ahead of the 46th Pacific Islands Forum, though the outcome of the Forum was ultimately deemed underwhelming.

Climate change issues also intersected with Pacific labour mobility, which continued to be a major area of analysis for Devpolicy. We reported findings from the most comprehensive survey of Seasonal Worker Program (SWP) employers yet, and presented perspectives on the SWP from both recruiters and employers. We also discussed the possibilities for enhancing Pacific labour mobility offered by White Paper on Developing Northern Australia, and the barriers posed by the high cost of sending remittances to the Pacific.

2015 was marked by a number of landmark events for global development. The outcome of the 3rd Financing for Development conference in Addis Ababa was applauded by Ewen McDonald and Jonathan Kings, while Robin Davies seized the occasion to explore two dogmas of development financing. Our series on the newly-adopted Sustainable Development Goals (SDGs) elicited a range of responses, both positive and negative, and drew analogies from myriad musical genres. And we all took away some valuable lessons for development from this year’s Rugby World Cup.

The blog also kept pace with China’s growing role in global development. On the launch of the Asian Infrastructure Investment Bank (AIIB), we offered a Chinese perspective on the AIIB, and traced China’s historical emergence as a development leader. This year we also asked whether there is still a role for the WHO and how developing countries think DAC aid agencies should evolve, and debated whether aid practitioners should worry about economic inequality. Grant Walton reflected on the politics of working with civil society, and on the latest corruption debates, global and closer to home.

Humanitarian aid and disaster responses featured prominently on the blog in 2015, with pieces on improving the efficiency and effectiveness of humanitarian aid, on the failures of the humanitarian system in Yemen, and on strengthening local actors to improve disaster response. On capacity building and training more generally, Jim Adams spoke at length on capacity building as part of his keynote address at the 2015 PNG Update, while Jo Spratt proposed some core competencies for development professionals, and Joel Negin outlined a new model of health workforce training. Across these pieces, both learning and context emerged as inescapable themes – a trend Terence Wood would no doubt approve of.

Well, that’s a wrap, as they say. If we didn’t mention your post, don’t take it personally – there just wasn’t enough room! We appreciate every one of the 142 authors who wrote our 271 blogs and 149 ‘in briefs’ in 2015, and who thereby kept the blog alive and well through its fifth year.

Many thanks also to everyone who read, shared, liked, tweeted, and commented. Enjoy the break, and see you in 2016.

Camilla Burkot is a Research Officer for the Development Policy Centre. Stephen Howes is the Centre’s Director.